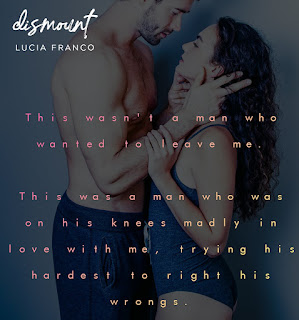 Adrianna and Kova let caution fly for love despite the odds. Each lesson learned formed a new scar for them to bear. And now that her father knows their secret, the damage left behind is irreparable. They both must pay for their actions.

Torn apart, Adrianna is forced to face the last challenge of her gymnastics career alone. While Kova, the beautifully anguished man who has been at Adrianna's mercy giving her everything she’s demanded, has no choice but to walk away.

Adrianna and Kova survived deception and betrayal. Now they face their greatest enemy. Time. With just one hurdle left, the clock is winding down to the final moment. Adrianna must soon realize life is more than an Olympic dream. But in order to live and salvage them both, she will first have to save herself. 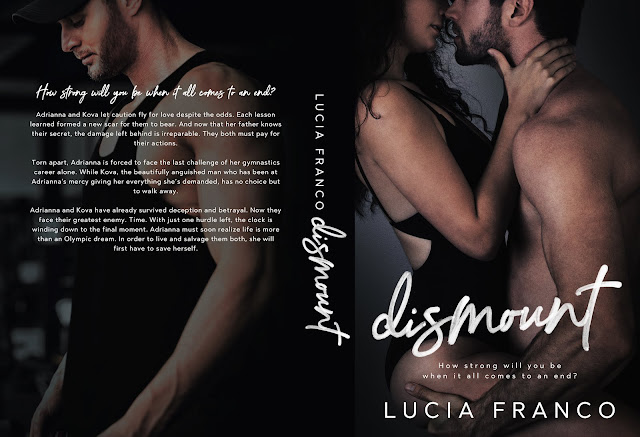 CATCH UP ON THE OFF BALANCE SERIES TODAY:

Lucia Franco resides in sunny South Florida with her husband, two boys, and two adorable dogs that follow her everywhere. She was a competitive athlete for over ten years - a gymnast and cheerleader - which heavily inspired the Off Balance series.

Her novel Hush, Hush was a finalist in the 2019 Stiletto Contest hosted by Contemporary Romance Writers, a chapter of Romance Writers of America. Her novels are being translated into several languages.

When Lucia isn't writing, you can find her relaxing with her toes in the sand at a nearby beach. She runs on caffeine, celery juice, lavender lemonade, scorching hot sunshine, and four hours of sleep.

She's written nine books and has many more planned for the years to come.

Find out more at authorluciafranco.com.