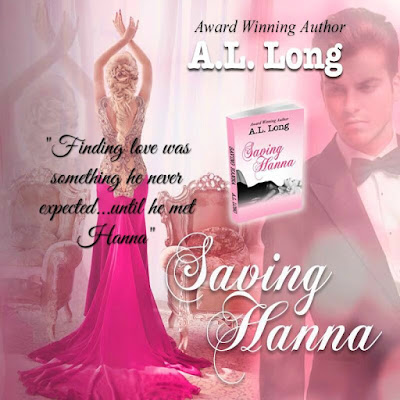 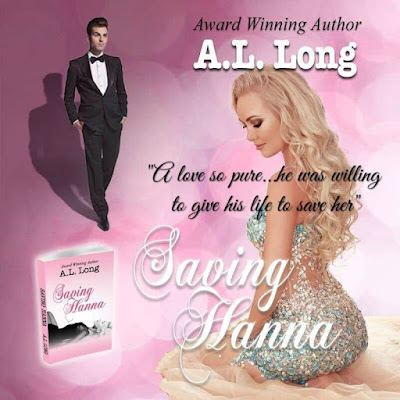 “I don’t understand. Why, of all the women in Houston, would you pick me? I am a nobody. And you clearly need someone that is more refined than I could ever be,” I confessed, waving my hand to remind him of his wealth.
“It is for that reason that I chose you, Hanna.”
As he moved from his chair to sit next to me, already my body was becoming overly warm. The wine was also beginning to make me feel fuzzy. Taking the empty glass from my hand, he placed it on the table. It could have been the wine, but all I wanted to do was kiss him. When his eyes met mine, there was nothing to stop me from doing just that. Wrapping my arms around his broad shoulders, I pressed my lips to him in a forceful kiss in which I held nothing back. The best part was that he hadn’t pulled back. Instead he took me into his arms and tenderly kissed me back. I could taste the sweet wine on his lips as his tongue brushed my lips before it invaded my mouth with wet heat. The kiss, although drunken and sloppy, was one to be remembered.
I knew that with a kiss like this, it would lead to much more. Even though I was in no state of mind to refuse, I knew that I would regret it in the morning if I allowed it to continue. Breaking free before things got out of hand, I wiped my hand across my swollen lips and said, “I think it’s time that I left.”
As I stood to my feet, I could feel my surroundings begin to move in all directions. My body swayed back and forth as I tried desperately to hide the fact that I shouldn’t have had that last glass of wine. Holding me close to his body to steady me, Aiden lifted my chin. “I think it would be best if you stayed here tonight. I am in no condition to take you home and Albert has probably retired for the evening.”
Who was I to argue? His point was well made and I wouldn’t be able to afford a taxi to drive me home, nor was I going to take a handout. Nodding my head, I responded, careful not to slur my words. “Wouldn’t want to wake up Albert.”
Putting one foot in front of the other, I concentrated on my steps, careful not to sway too much as I walked toward the house. With one arm around me, Aiden helped me do just that. When we reached the foyer, I looked to the stairs, wondering if I would be tumbling down them in my condition. Walking on a flat surface was one thing, but climbing steps was another. Feeling my apprehension, Aiden scooped me up in his arms and carried me with ease up the stairs. I was beginning to think that he wasn’t as drunk as he implied.
I wasn’t sure where he was taking me since he hadn’t set me down when we reached the top of the stairs. I had faith that he would be a gentleman about this situation and he was. When he opened a door at the end of the hall, I knew that he was taking me to the guest bedroom that he had shown me earlier. Of all the rooms that were on this floor this had been my favorite. It was decorated with light colors of blues and greens and it was the most feminine of all the rooms on the floor.
Pulling back the covers, he placed me gently on the bed. For a moment I wanted him to stay, but knew that it would be a mistake. Settling in, the last thing I remembered before closing my eyes was a tender kiss he placed on my cheek.