On the way to investigate a fugitive sighting, 21-year-old news intern Aubrey Kent is injured when an unexpected storm destroys the newscopter—along with the rest of the crew. Now, stranded in the Canadian wilderness and on the brink of death, Aubrey is rescued by a handsome stranger whose cold disposition is as frightening as the remote cabin in which he lives.

With no way to reach civilization before spring, Aubrey becomes Jack Gordon’s unwanted roommate. Her hope for rescue is much more desperate when she sees his hostile attitude and violent behavior. Aubrey and Jack wait out the winter, they grow closer—their delicate friendship blooming into feelings neither of them could have anticipated. But the weather and the wolves aren’t the only dangers in the mountains. As Aubrey uncovers the reason for Jack’s self-imposed isolation, she realizes she’s closer to the story than she imagined—a story that might cost her life.

The bed squeaked as he moved.
“How’d you know I’m not from here?”
“Your accent is off. There’s a twinge there, but it sounds more mid-western than Canadian.”
I felt him tense beside me, and the feeling that he would walk out on the conversation became strangling. Fortunately, he sighed, an indication that I hoped signaled he was lightening up. “Very good, Lucky. Very good.”
I kicked him as hard as I could with my right foot. “You said you’d quit calling me that.”
“I lied.” Jack smirked in the dark. I couldn’t see it, but somehow, I just knew he was. When I realized it, I had the insane desire to reach out and feel his expression, much like a blind woman.
“Are you going to tell me where you’re from?”
“Michigan.”
“Hmm. I should have guessed that.”
The clicking noises told me he was cracking his knuckles. I found it comforting, but had no idea why. “Why is that?”
“It’s the mitten state, right?”
“Yeah, how’d you know that?” he asked.
“I don’t know if you went to college or not, but if you didn’t, trust me when I say you didn’t miss anything with tequila and trivia night.”
A husky laugh emerged from him, drawing my attention, and illuminating the darkness of the room. I regretted not having the oil lamp on—I felt like a fool for missing an opportunity to see what his face looked like when he laughed. 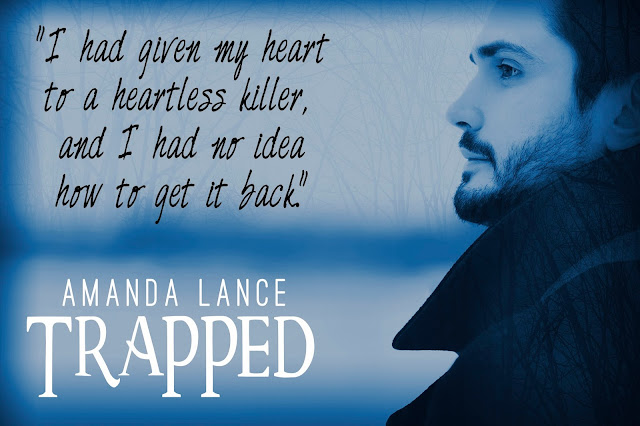 A native of New Jersey and lifelong nerd, Amanda Lance completed her Master in Liberal Arts at Thomas Edison State College after her BA in English Literature and AFA in creative writing.
She currently resides in Easton Pennsylvania with her boyfriend and their spoiled dogs. She is a cliché booknerd who is terrible at math, clinically obsessive, and prone to addictive behavior. She may or may not be a recluse.