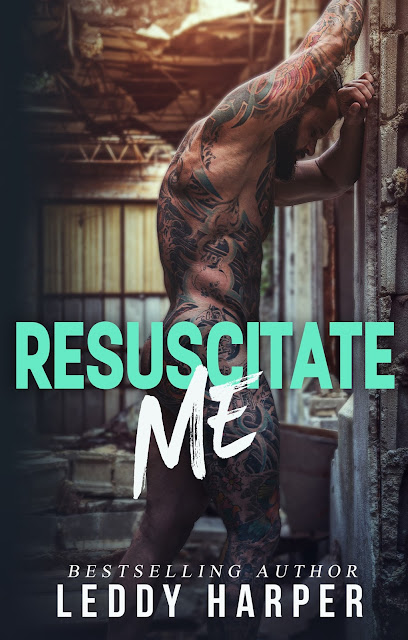 Suffocating
I never knew I couldn’t breathe,
Until he forced air into my lungs
Gave me reason
Showed me life.

Carter Hastings was only supposed to be a fling,
A summer of fun, excitement, pleasure
And, it was…
Everything.

It’s hard to walk away,
To leave the one man,
Who resuscitates me.

But I did.
He didn’t reciprocate my feelings.
He didn’t love me.
Not now. 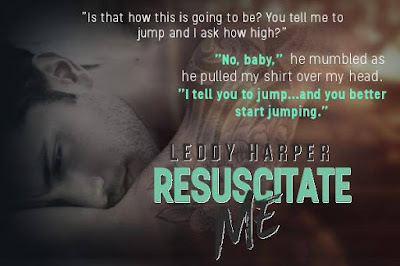 EXCERPT FROM RESUSCITATE ME

“Look at me,” he ordered again in that rough, no-nonsense tone.
I blinked and focused on his eyes. His pupils had dilated so much they practically swallowed the green. “I can’t…” I whispered in what sounded to me like apologetic shame. “I can’t…”
He finally released the pressure against my chest, but I was unable to catch my breath. Instead of keeping me restrained between his hips and the mirror, he grabbed the back of my thigh and lowered me to the floor. Except, I wasn’t on the floor. I stood on an aerobic step that had to have been at least four inches considering the height advantage it provided me.
Again, he kept me immobilized and mute.
He wrapped one large, rough hand around my jaw. Four thick fingers extended along one side of it. A thumb dug into my cheek with my chin cupped in the web between them. He used his hold on me to tilt my head back until it fell against the mirror behind me.
My voice, my heartbeat, and my ability to breathe—gone.
Stolen.
Silenced by his hungry gaze.

Leddy Harper had to use her imagination often as a child. She grew up the only girl in a house full of boys. At the age of fourteen, she decided to use that imagination and wrote her first book, and never stopped.

She often calls writing her therapy, using it as a way to deal with issues through the eyes of her characters.


She is now a mother of three girls, leaving her husband as the only man in a house full of females.


The decision to publish her first book was made as a way of showing her children to go after whatever it is they want to. Love what you do and do it well. Most importantly Leddy wanted to teach them what it means to overcome their fears.