Ellis Calhoun and Vivian Parker share a lavish New York lifestyle, but their relationship is anything but conventional. Driven by his need for control, Ellis, a mysterious and sexy corporate raider, feeds off Vivian’s desire to submit, before she herself was even aware of that desire.
But soon, unexplained urges that aren’t her own begin to drive a wedge between them, challenging Vivian's identity as Ellis’s subservient lover. Even stranger, she has no recollection of her moments of defiance. Vivian loses time and memories for no reason she can understand. But maybe there’s an explanation after all…Delphine.
Girl:Divided is Book One in The Binding Series, a story of what happens when the real world and the supernatural world collide. Enter into this realm of mystery, intrigue and kinky sex in this paranormal romance series. 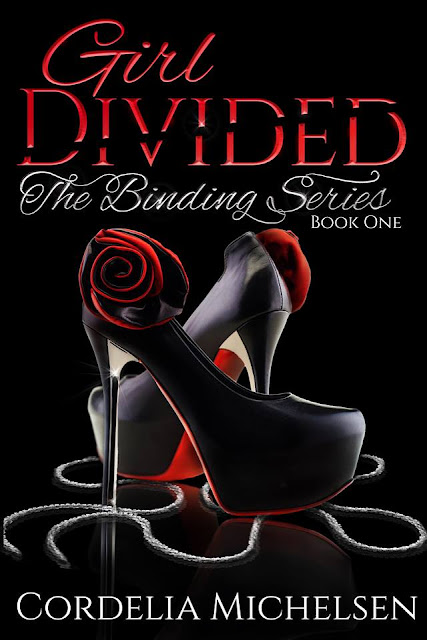 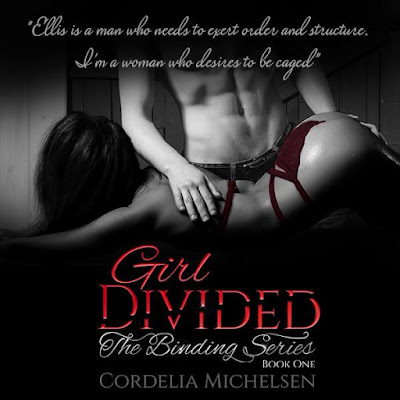 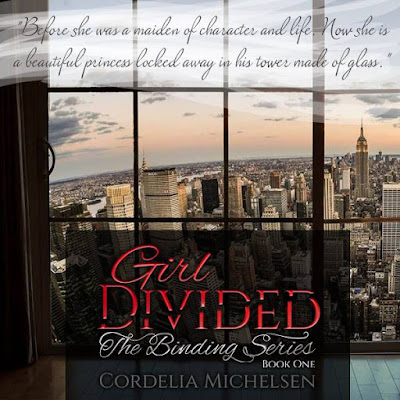 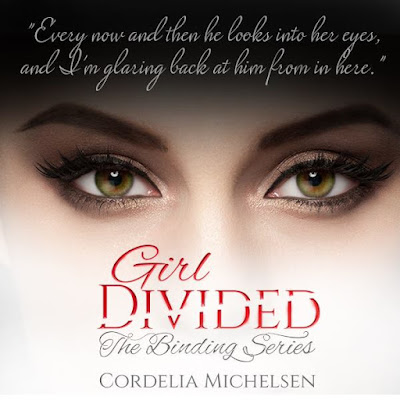 Reviewer: Ann
Rating: 3.5 Stars
This book had a lot of erotic D/S scenes which was not a problem for me to read, however, some elements have it left the reader feeling like it was borderline abusive. That did not sit well with me. It felt like the author was disputing the whole alternative lifestyle notion which is not what I think she intended but that is the way it came across to me. The other issue was the magic element which was left mysterious and confusing at times. The plot is a good idea, I just wished it was tweeked to give us a better understanding of what is at stake for the character of Delphine. The character Vivian as the submissive to the dominant Ellis is difficult to read at times because of what she is willing to subject herself to because of the misunderstanding between her and Ellis over what Delphine does.
The book was just ok for me.

Reviewer: Lindsey
Rating: 3.5 Stars
What happens when two worlds collide and the other half of our souls break free well in this romance Viviana learns that there just might be two sides to her and more than expected in this kinky read. This book was not a favorite of mine but it had some good scenes. This book takes you on a ride in the life of a sub and her dominate but its shows what happens when the sub suddenly becomes possess by her other half. This was an interesting read for me not the best but interesting. There were a lot of great points like Ellis and Vivian relationship but other than that I couldn’t get into. The writing was ok, the plot ok and the characters interesting. Would I read another book by this author yes because while I didn’t love it, I didn’t hate it.I guess it comes down to personal taste. This is one of those this book isn’t for everybody . 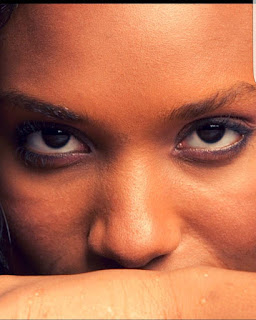 Hello Lovers & Lusters! Cordelia Michelsen here!
Thought I would tell you a little about me.
I am a BW/WM romance novelist. However, I am currently working on my first supernatural series. Genre-hopping excites me!
I hail from upstate New York (* that very small town in “Still Life”).
First and foremost I am the mother of three crazy kids, ages seventeen,eight,and three. So between football, dance, and Mickey Mouse, there is never a dull moment. I have an amazing husband; I refer to him as Superman because not only does he put up with my wild imagination he also edits my books and makes some kickass chili. Did I mention he also plays stand-up bass?
I began writing seriously last year, so I am still a baby at this and I hope you'll bear with me. I have always been a creative person, though. I did theater for years and I was a singer as well.
I have always had a love for writing but would never finish anything I wrote! So my first book, “The Kings' Inheritance” was actually more of a challenge and a goal for myself that I was determined to follow through with. But then I wasn't done, so three months later, on my 40th birthday (mmhmm thats right, I am 40 and Fabulous) I released my second book, “Still Life”. Over the summer I worked on another project! An anthology! “The Where Love May Find You Collection”. As long as there are imaginary people hanging out in my head waiting for their story to be written I will keep writing.
Other than writing, my other passions include baking, gel manicures, anything and everything Coach, Jax Teller, Dean Winchester, and Damon Salvatore.