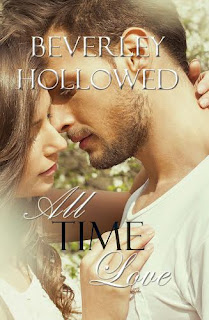 ALL TIME LOVE by Beverley Hollowed
Release Date: OCT. 19th!
- SYNOPSIS -
High Powered Attorney, Mason James is a formidable force, both inside and outside the courtroom. His client list is full of rich and powerful people, who bend the law for their own gain. He exercises control in every part of his life, and has a reputation for being a ladies man. He lets few get close to him, and fewer see who the real Mason James is.

Amelia Wells, is a shy girl who has lived a sheltered life. Her over protective parents are the center of her world. A single event from her past, haunts her and makes her protect her heart, refusing to let anyone past the wall of steel that she has erected.

When Amelia comes crashing into Mason’s life, literally, he is thrown by this seemly ordinary girl. She is nothing like the women Mason is used to, and the fact that she doesn’t fall at his feet, just makes him more determined to have the beautiful, Ms. Wells.

As he and Amelia grow closer, Mason begins to question his life and the people he works for. He knows he needs to make huge changes in his life, if he and Amelia are to ever have a future. But making the changes turns out to be a lot harder than he first though.

How far will Mason go to protect the woman he loves? Will he and Amelia ever be able to find their happy ever after? Can she become his all-time love? 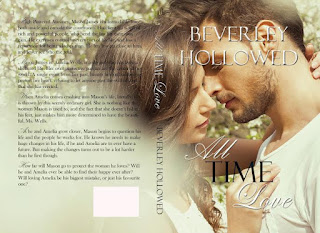 - EXCERPT -
A couple of minutes later he found himself standing outside the little book shop, peering through the window.

His breath caught when he spotted her sitting behind the counter, curled over a book, a strand of her long chestnut hair between her fingers as she twirled it absentmindedly.

She was as beautiful as he had remembered, maybe even more.

He watched her closely as she flicked the page. He wondered what she was reading.

His cock immediately hardened as he thought of her lips on him. He wondered what it would be like to kiss her.

Jesus, snap the fuck out of it Mace, he groaned to himself. You are even starting to think like a chick.

A customer in the shop walked up to the counter and Amelia looked up and smiled at them, a genuine, real smile. She listened to whatever the person was saying and then laughed. She stood up and led the customer to a shelf. Reaching up, she took a book down and handed it to the woman. She waited while the woman flicked through it and then looked up and smiled. Amelia smiled back once again, then turned and returned to her seat behind the counter. She was a genuine, good person.

And I would destroy her, Mason thought bitterly. He knew she didn’t belong in his world. She deserved someone nice, who could be the man she needed.

With one last look, he turned and headed back to his office. He needed to let her go. They could never happen. 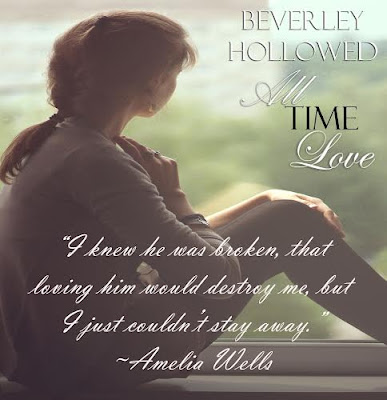 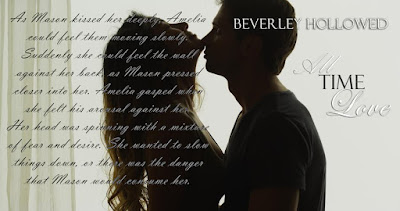 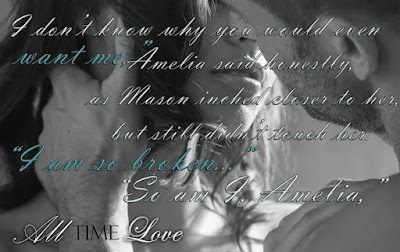 - MEET THE AUTHOR -
BEVERLEY HOLLOWED
My name is Beverley, though most people call me Bev. I live in Dublin, Ireland with my husband, my two sons and my dog Alfie.

I released my first book, Forever and Always in December 2012. I have since released 9 more books, including two series.
All Time Love, is my 11th release

I am stay at home mom and a full time writer.

I love music and almost anything creative.

I am currently working on book number 12, it's called Beautifully Unfinished which will be release at Christmas and will be releasing Book 11, All Time Love, on the 19th of October.

- FuN fAcTs about BEVERLEY HOLLOWED -
I love to draw, make jewellery and do anything creative.
I make all my own covers.
I have watched Independence Day over 1000 times, it's my favourite movie.
I am in love with David Gandy, and he was actually my muse for Mason.
I love Karaoke
I collect perfume and tatty bears.
I have a fear of mirrors and birds.