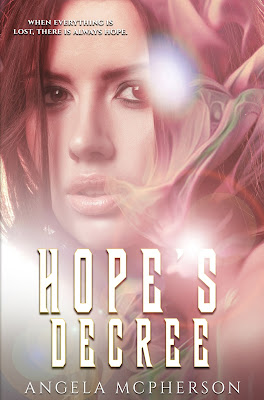 Blurb:
When everything else is lost, there is always hope.
Most teens want an epic senior year. All Trinity Whitebone hoped for was a normal one. She is the direct descendant of Pandora and fated to rectify the terrors released into the world by her curious ancestor.
Blain Heros is the sworn guardian created by Zeus to protect Trinity. His mission is to train her to defend humans against Pandora's curse. For Blain, training a mortal for battle is impossible. For Trinity, taking orders from an overbearing immortal whose touch leaves her dizzy, is hopeless. But with each passing lesson, frustration and confusion give way to an electrifying bond.
Together they are a force to be feared, only defending humans against an ancient curse isn't the only threat in the world anymore. A band of rogue immortals is hunting Trinity because her power is key to unleashing an unholy darkness into the mortal realm. As the war between light and dark brews, Trinity vows to fully embrace her fate--or die trying.
*The final book in The Fated trilogy is coming out soon*

Reviewer: Raychel
Rating: 4 Stars
I really enjoyed Angela McPherson's Hope's Decree. The characters are written wonderfully and relatable, I just fell in love with them! The suspense kept me on my toes and I enjoyed the mythology.
Trinity has been pulled into a world that she thought was all myth and can not go back to normal again. Blain is like every girls dream and their connection is strong. There is a little love triangle in the book and you are left hanging but who wouldn't want more?? 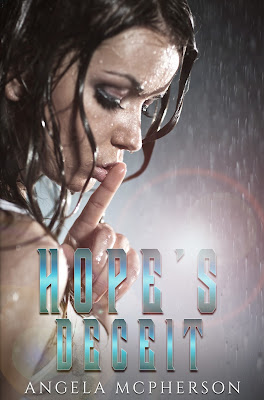 Blurb:
In the end, light may not be enough to outshine the darkness.
After Melia's near-fatal attack, the connection binding Trinity and Blain shifts, allowing a dark force to wedge them apart. Her only hope for the life she craves is stopping Melia and her gang of Rogues.
Too bad life never plays fair. As Trinity's eighteenth birthday draws near, new abilities manifest. More problems occur when objects around her spontaneously erupt in flames. While Trinity tries to manage her new powers, Blain works with Watchers to root out Melia's hiding place. Unfortunately, Trinity's uncontrolled talent evokes suspicion, causing old friends to challenge her ability to fulfill her destiny.
Havoc between the immortals ensues, leaving mortals unprotected as a new threat surfaces. Melia found a way to awaken an ancient god, whose wrath--if released--is sure to create more devastation than Pandora ever dreamed of. Everything about Trinity's life is changing, except her vow: Keep those she cares for safe.
But fate always has an ulterior plan.

Reviewer: Raychel
Rating: 4 Stars
STOP! Make sure you have read Hope's Decree first, you won't be disappointed!!
I am loving this YA paranormal series, if you read this genre (or even if you don't) you should grab this series!
Trinity is getting the hang of her powers all while fighting her connection with Blain, who is her guardian. Sounds bad right? Trinity also has to save everyone so no pressure! Emotions went wild when reading this and I was left unsure how I felt. But I do know that with an ending that leaves you wanting more the only thing you can do is reread the first 2 and hope the third shows up soon! 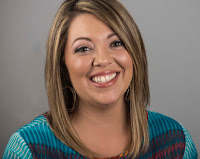 Hope's Decree:
I couldn't feel anything.
My whole freakish life I'd desperately wanted to shut out the surge of emotions I often felt from others. But this empty vacancy was out of place and wrong.
Off to my right, something flickered. I turned to look, and in the distance, a flash of light caught my attention. I watched, transfixed as it expanded and molded into the solid figure of a man. Curiosity or stupidity–not sure which–drew me toward him. With each step, my insides stirred, a desperate need beckoning me.
I made it close enough to see his coal black hair and broad shoulders before his image blurred and disappeared. Maybe I should have run, or at least tried, but an inexplicable force held me still. Now he stood behind me. I tensed as his massive arms wrapped around my waist.
His hold liberated my mind from the numbing loss of feelings, and fear pressed against me. Within him, profound fragments of greed and hate surged. But it was what those demented feelings led to that frightened me. A siege of war and bloodshed unlike the world has ever known.
Fear and terror spread through me like fire. I began to shake and my stomach rolled with nausea. His unbreakable hold suffocated the light inside of me and the darkness emerged.
Hope's Deceit
Waking up every morning to Blain and his skillfully, mind- blowing kisses definitely made starting the day easier. Those lips
of his had a way of making me forget the outside world. His clean cotton and fresh-out-of-the-shower scent clung to him like static, and I couldn't get enough. The feeling of comfort and safety while wrapped in his arms enveloped me, and the terrible images that startled me awake earlier faded away.
Melia being a Rogue and nearly killing me was frightening. But seeing the black orb attack Blain was a whole new level of terrifying. He seemed okay, though. God, I hoped he was okay.
Blain inched back, definitely far enough to see redness spread across my face, and grinned. His stare, the desire and need held there, made my pulse race. "God, you're beautiful," he said, stroking a thumb across my cheek.
His tender touch burned through me. The familiar buzz danced along my skin, and the colors from our power–white and gold– followed the sweet caress.
"This is my favorite part, the pink across your cheeks and knowing I put it there."
I smiled. "Mine is definitely your lips."
In turn, they kicked up in a sinful smile. The single butterfly in my stomach multiplied into a swarm. The clear blue in his eyes darkened, and he brought his mouth over mine.