By United Indie Book Blog - August 11, 2018
** When you paste this code into Blogger, you will get a mixed media message! Simply click DISMISS and post as usual. DO NOT click FIX or it will blank out all the pictures!!** 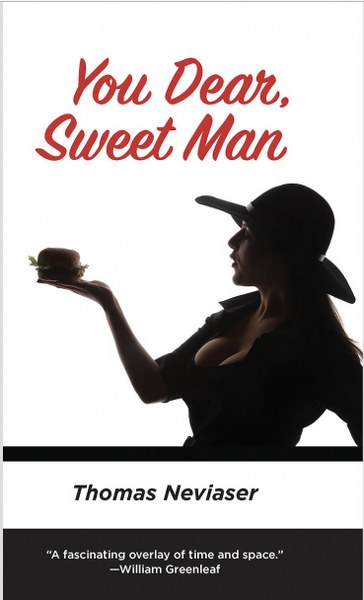 Would you give up your life to enter an unknown world just to eat a hamburger? A fast-food company creates the Ultimate Perfect Ad, a 3D form of motion with a model having an evil agenda. Her telepathic ability has special powers over men, utilizing a simple phrase, “You dear, sweet man." Her plan jeopardizes a blue collar worker's life as he realizes that advertising is not as glamorous as it seems and that his relationship with the woman's ultra-ego has defined his destiny from which he may never escape.

The subway ad is enticing. One might even consider it elegant as well. A beautiful woman, sitting atop a desk in a sparsely decorated office, staring directly at Bobby Fastow, a blue collar worker, on his way to his monotonous yet physically exhausting job. The photograph has an unusual charisma, a spectacular presence. It seemingly leaps off and out of the poster.


Bobby Fastow intensely absorbs the information directed at him. BurgerBlast, his favorite fast food restaurant, famous for quick service and reliable, if not artery-choking fare, is announcing a new name and a new direction.
But, in the world of advertising, nothing is as it seems. What if the line that separates an advertisement from the real world were erased? What if an image stepped from an ad and beckoned you to follow it back, inviting you to melt into its world. Could you resist? Bobby Fastow couldn't, and his decision would turn his world upside down.

What inspired you to write this book?
I’ve written two novels now. My first was YOU DEAR SWEET MAN. The story is based upon an advertisement I saw while riding a subway. I don’t remember the company that promoted it, but the photo of an oval conference table upon which sat a professionally looking woman contemplating a healthy lunch struck me as so vivid I wondered how exciting it would be if she moved within the poster. I kept waiting for her to make some action even if it were miniscule. Even days later, I was captivated by this woman being so life-like. That is when I decided to write a short story about a woman in an ad  seducing a vulnerable rider.


Well, 66,000 words later, I finished the story. This was my first attempt to write anything more than a short story compendium ( THE COMB IN THE URINAL and Other Perplexities of Life) and another little guide book for men (MAN’S UNOFFICIAL GUIDE TO THE USE OF HIS GARAGE). After all I am a retired orthopedic surgeon and now I had time to stop and smell the flowers and give up my knife for a word processor. Interestingly, I heard how difficult many authors found it difficult to write their first novel, but It seemed to come to me so quick that the faster I wrote, the faster the characters came on as real and the story plot line developed. The more I wrote, the more ideas came to mind, and all I had to do was write them down.


In fact, now that I re-read the manuscript from time to time, I can hardly believe I wrote those words. The antagonist, Bobby Fastow, has many of my own quirks within him. I don’t think he’s me, but some of his actions and thoughts have been mine many times in my life. Charles Hamilton’s personality changes as he realizes he needs others in his life, and Freddie and Preston are just good, educated, freaky, lovable nerds. Samantha, the girl on the cover, is a loner striving to create a life of her own but uses her psychic abilities totally for evil than good.


Starting out, I had no outline, no specific ending in mind, and minimal characters to start; so I broke all the rules of writing. I’m sure, some people who read this book will say, this guy didn’t know how to write, but so far, the book has some pretty good reviews. Have I made a bunch of money? No. Marketing is really difficult, and there are a lot of people out there who will tell you how to do it, charge you to help or do so, and they make the money, not us. Could I have done better? Yes, I know a few things now that I was clueless about then, for sure.


I guess the point of all of this is: if you have just an inkling of an idea, the passion to embellish it, go ahead. No one can tell you everything to make it a best seller, but it should be fun and give you an impetus to go forward and learn. That’s what I did, and now I have finished and about to publish my second novel, THE MYSTERY OF FLIGHT 2222. 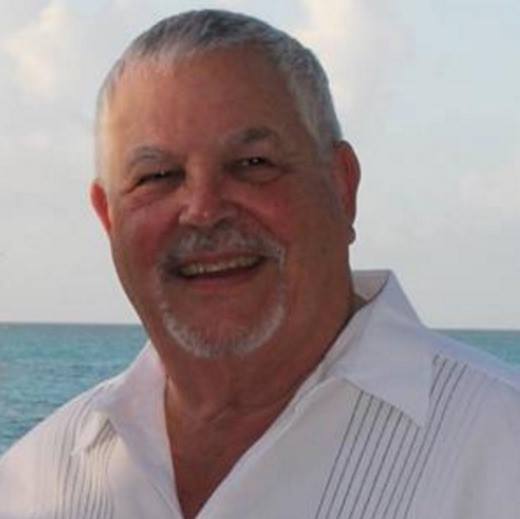 Dr. Neviaser is a retired orthopaedic surgeon and author of many medical articles, papers, presentations, and contributions to medical texts.  He’s written extensively on shoulder conditions, his specialty. He is available as a speaker on most orthopaedic conditions.  His dynamic presentations involve a great deal of audience participation and personalized attention to attendees.
Dr. Neviaser is proud of his orthopedic guide book for the lay person, THE WAY I SEE IT: A Head-to-Toe Guide Guide To Common Orthopaedic Conditions and his first novel, YOU DEAR SWEET MAN.
He is now especially excited to introduce to his new novel, THE MYSTERY OF FLIGHT 2222,
to be published this 2018 summer.