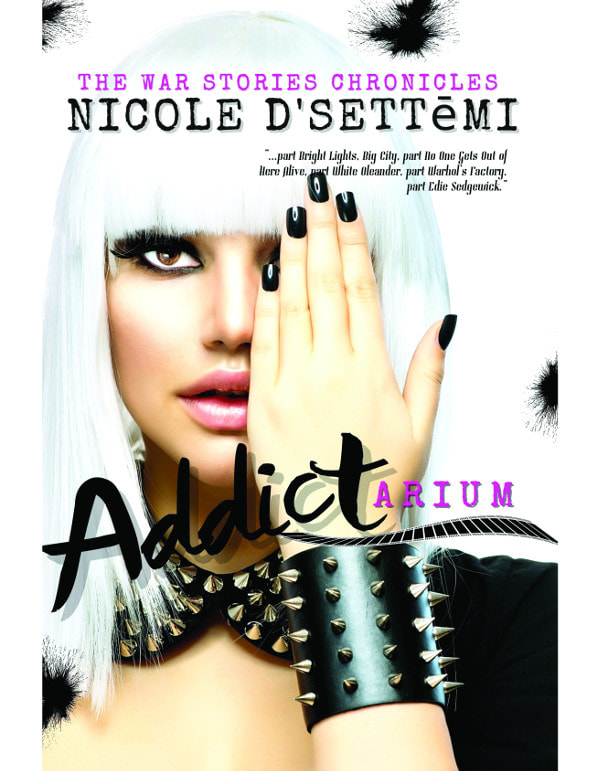 Drugs. Sex. Detox. Art. Recovery. Prostitution. Music. Street life. Poetry. Toxic love. And, those are just on the surface. The layers and complexities of Addictarium will shock and enthrall you...

When wild-child, and south Florida escapee, Danielle Martino finds herself curled in a ball on the cold tile floors of her filthy rank bathroom in the tiny studio she rents with her fiancé and partner-in-crime, she knows it's time to quit abusing heroin. Severely impaired from shooting a bad batch of black tar heroin, and already partially blind from the infection that the muddy poison has caused, she is forced to hitch a greyhound bus to New York City, and to abandon her care-free, American-bohemian, drug infested life-style.
Hailed everywhere as a beautiful, unique, honest, raw and poetic account of recovery, Addictarium takes readers on a compelling journey through the life and eyes of the narrator; a creative, nomadic, deep--but, incidentally broken--young woman, and underlines the contributing factors to what it's really like to suffer from addiction. With magnificent candor--and sometimes emotionally crippling descriptions--we witness Danielle's fight towards recovery from more than just heroin, as Addictarium brings the readers on a fascinating and harrowing, brutal tale of a young women's recovery from total and mass self-destruction.
--Addictarium highlights in the starkest of lights, why it is so difficult for addicts to receive the recovery they seek, when they finally do decide to put the drug down. 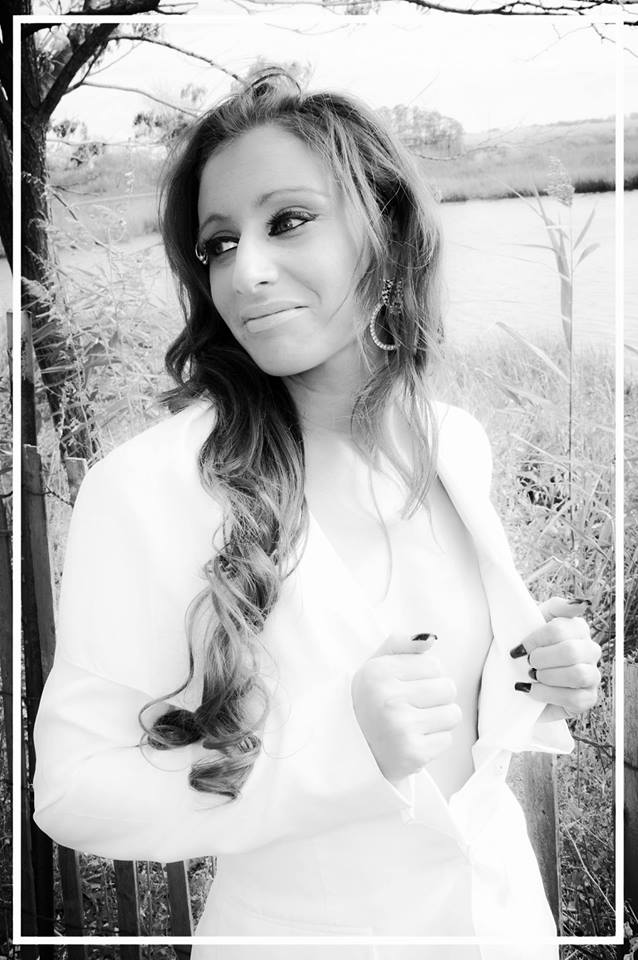 Author Nicole D'Settēmi is a 33 year old writer, currently living in upstate New York. She has lived in five regions nationally, including South Florida and New York City. She has always been a self-described "poetic, nomadic, creative soul," and is an enthusiast of a variety of artistic mediums, but considers writing her number one form of art, and feels everything else is just an extension of that passion and creative outlet.
Nicole was raised in Niagara Falls, a tiny town bordering Canada, and can remember being as young as six, when writing her first lyrical, and philosophical poems. She specifically pin-points two pieces during those years, titled "If I Ruled the World," and "If the World Ended.” She also points out being selected at 6, for the "Young Authors Club," which was a city-wide project.
Nicole won two city-wide essay contests between the ages 9-11, which was when she received her first typewriter and then she started a fan-club and newsletter for her childhood hero, as well as penning letters to over 30 pen-pals internationally. She also had a poem named "And So It Begins" published which was written at 12.
Though Nicole (who was an honor student) rebelled by 15, and was incidentally expelled from school, she still wrote habitually. She once showed her “alternative-school” teacher a poem titled: "That's Life," which she penned at 14. He was so impressed with the piece; he had it faxed to every school in the city.
At 16 Nicole was uprooted from her small town and moved to Boca Raton, where she felt displaced and started to deal with depression. Hereditarily, mental illness and substance abuse ran rapid in her family tree, and by 20 she experimented with a plethora of chemical substances. By 23, she became addicted to shooting heroin, and was engaged to her co-conspirator and partner-in-crime. She attended an art school for photo journalism, but withdrew half-way through the year, due to a devastating addiction to injecting various drugs.
Addictarium was written while she spent two years in a therapeutic community for seriously addicted, and mentally ill, patrons. The author outlines her experiences, including the tale of losing her eyesight due to shooting a poisoned bag of heroin, which is when she was forced to hitch a greyhound bus from South Florida to Manhattan, and after several weeks of surgeries, was admitted to Daytop Village for long-term treatment, and drug addiction recovery. The book outlines many of the experiences she went through in the second phase of treatment, which she dubbed "the village," because of its extreme and eccentric melting pot of personalities.
During her tenure at Daytop, Nicole separated with her fiancé, and while in her stay at the recovery program in Queens New York, met her current fiancé, who was initially her substance abuse counselor. The book is also highly reflective of their relationship and its roots. Nicole credits the Latin, Brooklyn-bred counselor, 18 years her senior, with "saving her from herself.”
Nicole can now be found residing in the Poughkeepsie area with her fiancé, Miguel. They are both artists, and run a modest side business creatively assisting those in need of artistic direction digitally. Nicole is currently planning to eventually pen a prequel to Addictarium. She is also outlining a third individual novel, Narssitopia, which she claims will be a "psycho-dramatic thriller."