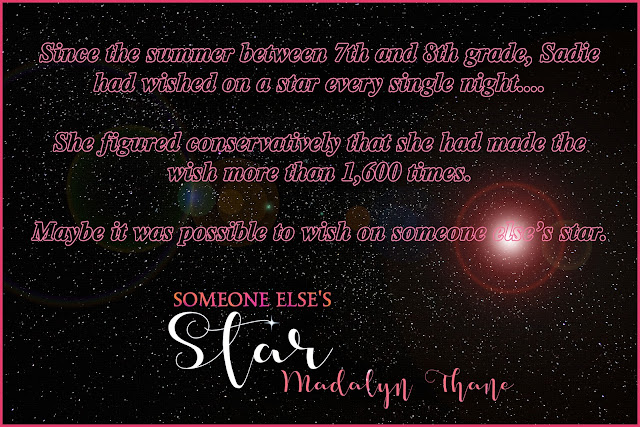 “I know that you’re not a doctor, I’m not in a motorcycle club, and we aren’t on a TV show, but this quote just rings so true. ‘We don’t know who we are until we’re connected to someone else. We’re just better human beings when we’re with the person we’re supposed to be with.’ You’re the person I’m supposed to be with, Sadie. I only hope that I’m that person for you. I want to be that person with you.”

With that, he kissed her softly on the lips and left her standing in the atrium, the entire world rotating on a completely different axis. Had he seriously just used her favorite SOA quote against her? That was what Tara said to Jax after his son was kidnapped. After he tried to send her away. It was her favorite damn quote from the whole show. That was beyond dirty. And damn it, it proved exactly how well he knew her. And the star. The. Star. Oh my god. Tears started to leak out of her eyes. That was the sweetest gesture she had ever heard of, and since she was a romantic, watched a lot of romantic movies and read a lot of books, that was really saying something. What was she going to do with him? And what was she going to do about Bree? She knew she needed a little time to stand on her own, to prove to herself that she was capable of doing it.

She needed to be the hero of her own story.