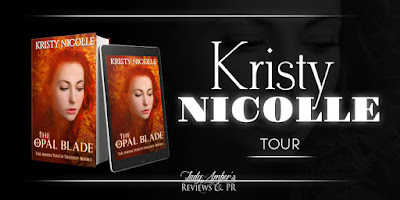 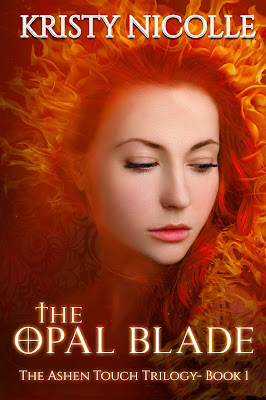 Blurb: When Sephy Sinclair is forced to sign a contract taking over her father’s business empire, she’s not happy. What she doesn’t know though, is that in having her Father’s legacy thrust upon her, she’s about to discover the secret lives of her parents, and most importantly that her lineage is steeped far deeper in ancient myth and magic than she ever anticipated.
Journey, with Sephy, through The Hollow and find yourself among the sinners of Mortaria, The Underworldian City ruled by a council of Gods made mortal. Here, she will seek sanctuary beneath a purple sun and vermillion sky, ruled by Haedes, a man broken beyond repair by an incident far too close to home.
Unfortunately for Sephy, it is Haedes alone who can teach her how to wield her newfound powers. Will he overcome his personal loss in time to save Sephy as she is hunted by the Demon Lords of Ancient, or will Sephy be used as a bargaining chip to bring Mortaria to its knees? 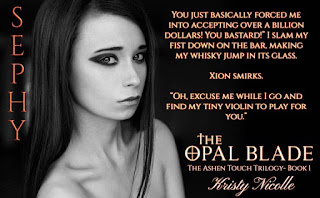 UNITED INDIE BOOK BLOG REVIEW
REVIEWER: RAYCHEL
RATING: 4 STARS
The Opal Blade is a unique twist on gods, demons and the like. Sephy is a sassy woman just living her life as she wants to. Fate throws some twists into her plans and we get to go deep into the underworld and meet some interesting characters. I have to admit Xion is my favorite and my heart is broken for him. Some parts seemed to drag and I can say if it wasn’t for the characters I might have stopped reading at times. However, I did really enjoy the world Kristy Nicolle created and am ready for book 2. 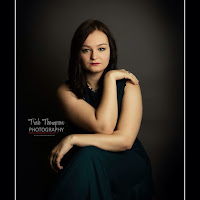 Kristy Nicolle is a 23 year old writer living in the historically beautiful English city of Norwich. She is a full time writer and a graduate of The University of Lincoln in English literature & language, as well as an avid collector of first editions.
Having penned her first novel length piece at age thirteen, Kristy has been writing daily ever since and is particularly drawn to Paranormal Romance, Fantasy Romance and Science fiction. Kristy Nicolle's Queens of Fantasy Saga is a collection of 3 trilogies, following the lives of three extraordinary women and their journeys, both personal and fantastical, into three unique but interconnected fantasy worlds. The first trilogy in the saga, 'The Tidal Kiss Trilogy', captures the fantastical underwater world of the Occulta Mirum and its scaly tailed residents as their world, which seemed stable for so long, begins to shift. The Second and Third Trilogies names- The Ashen Touch Trilogy and The Aetherial Embrace Trilogy are currently a work in progress.
Kristy is also an animal lover and has a cat, Mitsy, who she has lovingly dubbed Doctor Moo after harboring the belief that all cats are secretly Time Lords. Kristy's reading preferences are wide, spreading from William Gibson to William Golding and encapsulating multiple genres, though her favorites include Science fiction, Adventure stories and Postmodern narratives such as Salman Rushdie's 'Midnight's Children', and numerous Angela Carter titles.
Author Links:
Amazon: http://amzn.to/2uGoyD2
Goodreads:  https://www.goodreads.com/author/show/14127675.Kristy_Nicolle
Twitter: https://twitter.com/nicolle_kristy
Facebook: https://www.facebook.com/AuthorKristyNicolle/
Website: https://www.kristynicolle.com/
Newsletter: http://kristynicolle.us13.list-manage1.com/subscribe?u=4ddd71baf23ceffb5e8ca4249&id=009ac8cc6e
Street Team: https://www.facebook.com/groups/915014841873185/
Buy Links:
Amazon: http://amzn.to/2eKbW6G 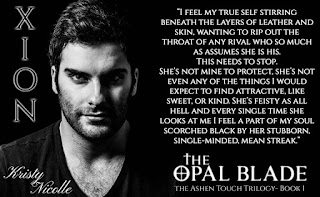 The scene would shock most people.
A nun on her knees, giving head to the god of The Underworld.
Haedes’ face is contorted with anger and pleasure melded into one, and Annie’s eyes are wide and tear filled, staring up at him as he continues to thrust himself into her mouth.
At the intrusion, they both turn from where they are positioned. Her at the foot of the super king size mattress, and him towering over her, both hands grasping the black wood of the bed post with white knuckles.
I cough, clearing my throat as Annie’s gaze becomes slightly terrified. She’s bound at the wrists and ankles with black silk, unable to move, but clearly mortified. Her blonde hair falls from beneath the ceremonial wimple he always makes her wear, for a reason I can’t understand, as her jaw slackens and he turns to me, fully naked.
“Your daughter, and yes, she is your daughter –  is under attack from the Demon Lords. She’s coming to stay with us. Thought you’d like to know,” I announce, keeping my chin tilted high and spinning on one heel. 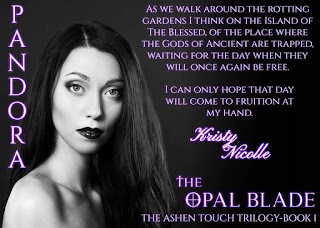