Hear Me Out (Hawks MC) by Lila Rose Amazon Tour

Fear keeps the truth away from his brothers. Fear and pain keeps him away from the man he loves. Hawks MC member Maddox “Beast” Lawson had a difficult time growing up. Tired of being ridiculed because of his effed-up brain-to-mouth connection, it was easier to say nothing at all. Living in silence worked out just fine until that b*tch called Fate took his hearing, not only that, but she also threw him into the arms of the man who refuses to acknowledge that one hot night they shared. Jay Conger, Knife to his brothers, loves pussy. Licking, fingering, screwing, he’ll take it any way it’s offered. After one surprising night with Beast, to say he’s freaked out is an understatement. Hell, even bananas have taken on a new meaning, and thinking about a certain someone’s body is too much. Unable to think straight, Knife is at an impasse, not only with his traitorous desire but with his heart. Both lives are going to change. Only will it be for the better? 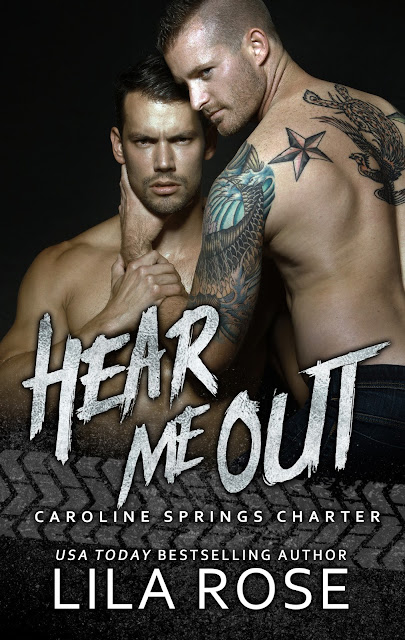 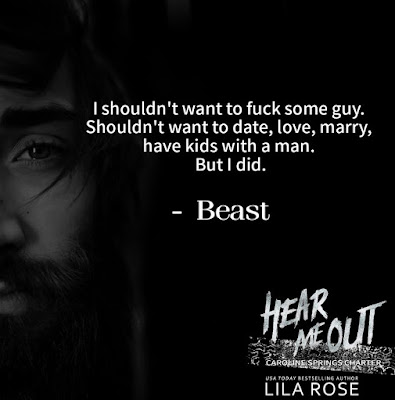 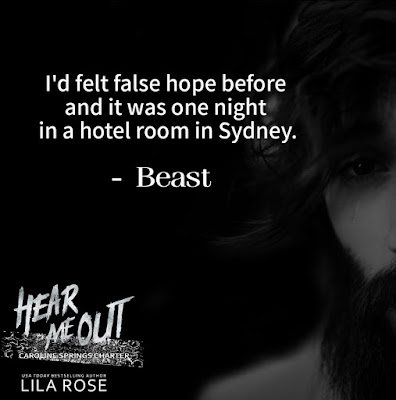 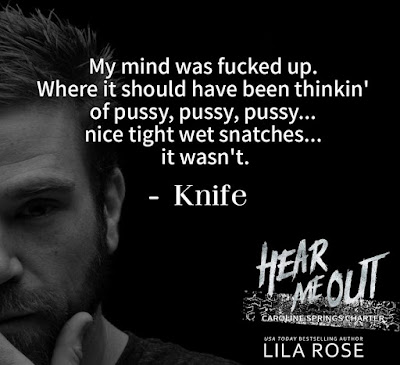 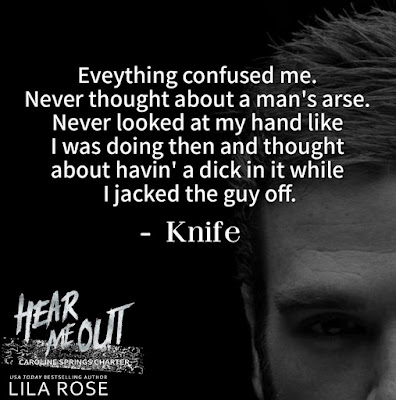 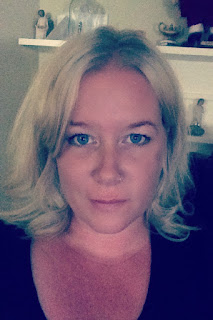 Lila was born in Brisbane Australia, her step-dad was in the Army which caused them to move around a lot. They finally settled in country Victoria, Australia. Being the youngest of four children she admits she was spoilt a bit. Even drove her mum crazy when she refused to eat meat at a young age.


Now, Lila lives with her husband and two children.
She started writing in 2013 and self-published the first of the Hawks MC: Ballarat Charter series- Holding Out. Since then, she has published eleven other titles, which range from erotica, humorous romance, YA and paranormal. 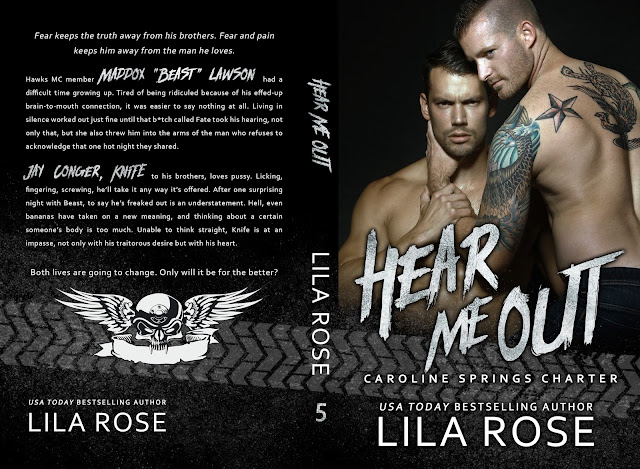