From the very beginning, I suspected I was making a bargain with the devil. I accepted Bryce Gentry's position as his personal assistant knowing there was more to the job than answering emails and taking meeting notes. I mean, so what if he likes to watch me do my office work without my shirt on? No big deal. All I care about is making ends meet and taking care of my son. But Gentry seems determined to make me a pawn in his personal vendettas and power plays.
And then there's Gentry's handsome former collaborator and current rival: Jackson Vale. Jackson makes me FEEL. He makes me feel alive. Feel sexy. Feel in control and out of control at the same time. He makes me want a future when I can barely manage the day to day.
For a girl like me, it's dangerous to want. If there's one thing I've learned in this life, it's to never put my heart on the line.
The stakes of these games are getting too high, too fast. It was just supposed to be a job. But now I'm stuck between two men intent on destroying one another. Will I make it out of this with my heart, soul, and body intact, or will this CRUSH ME?
Warning: Contains triggers and dark themes which may be distressing to some readers.
Book 1 of 2 Part Series. Second book releases on March 9th.

“Now THIS... THIS is how I like my dark reads. Fast paced, twisted plot, alpha males…” ~AfterthePages

“Crush Me was a wild ride! One I didn't see coming. Hot, Raunchy, and down right dirty to the core.” ~Julie at The Romance Rebels 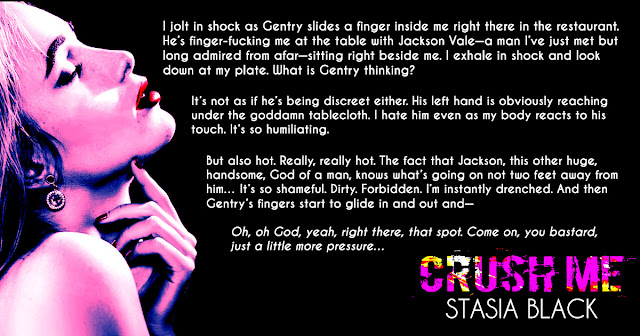 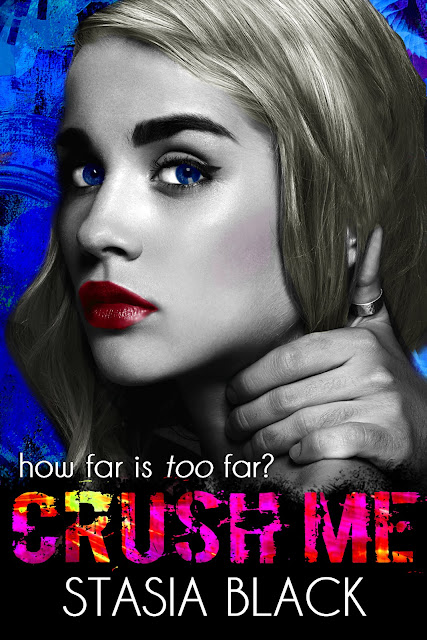 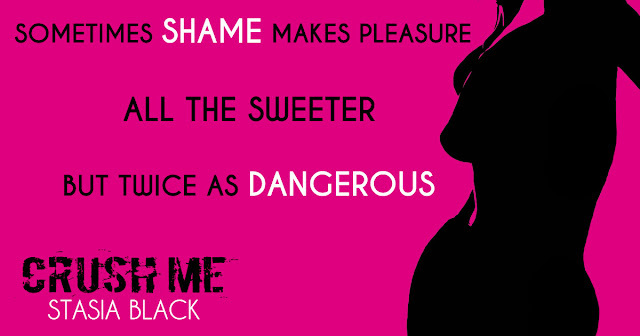 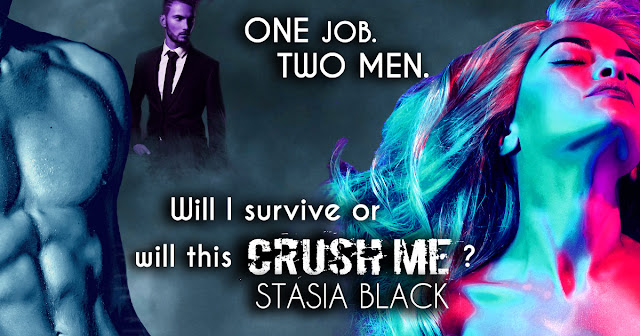 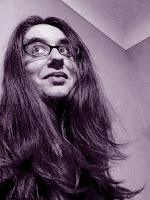 Stasia Black is an author who’s drawn to romantic stories that don’t take the easy way out. She wants to see beneath the people’s veneer and into their dark places, their twisted motives, and their deepest desires. She likes to toss her characters into the tempest and watch them hurt, fight, bleed, and then find out what, if anything, comes out the other side. Come along for the journey because it’s one helluva ride. 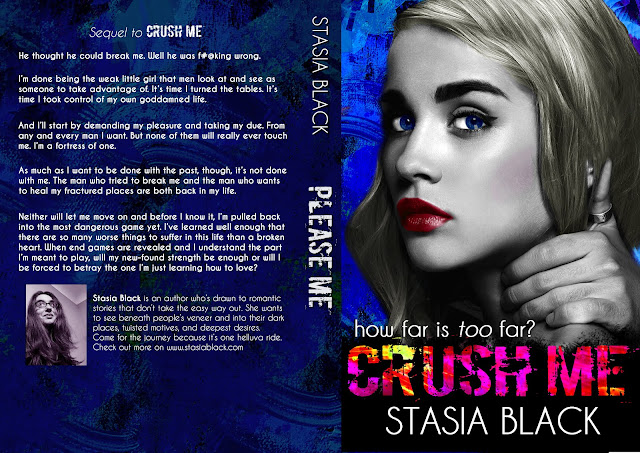