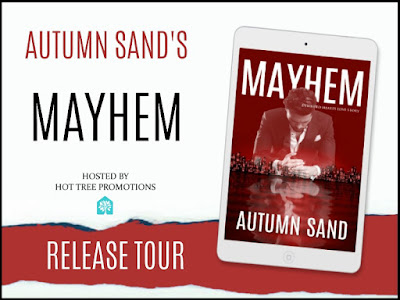 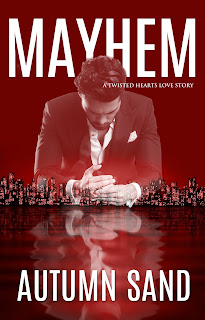 Before he became Tony Delaney’s right-hand man, Tick lost his dreams of being happy. After ten years, he is still haunted by the sudden loss of his fiancée and unborn son. Going through life thinking he doesn’t deserve happiness, his nights become filled with endless one-night stands. That is until he rescues Cyma. As quickly as he saves her, she walks out of his life, disappearing into the crowded Manhattan street. Days later, he accidentally runs into her at a party and his attraction grows stronger.

Cyma’s hard life has been nothing but pain and sorrow. She labels the charismatic stranger who saved her as a knight in shining armor. A chance meeting days later and Tick turns her world upside down. She's scared to hold on to the fairy-tale dream of being with him, but she's even more afraid to let him go.

Can these two somehow heal each other? Will their love survive all of the obstacles that are thrown their way?

We meet Dante aka Tick as an innocent young man on the verge of getting  married to  his high school sweetheart  and becoming a daddy . Then tragedy strikes and it feels like my heart is being ripped out !

Tick never really got over the  loss of his little family . I'm just grateful that he had the support and unconditional love of his folks

I don't think it was easy for them , they not only lost loved ones that day but to a degree they also lost their son .....

Now don't get me wrong Tick isn't a bad guy but he works for someone that's been known to be on the dark side . Again he's not a bad guy either . Let's just call this a grey area....

After a gym session  he comes across Cyma and she's in trouble and fortunately he's there to help ....

Look Cyma has had it tough ,  she was married to total douche who then ups and leaves when their daughter gets ill. ...WTH dude ....you suck !?  Anyway, poor Cyma is working 2 jobs  to try and cover the medical bills and I desperation  reached to a load shark and that's just made life harder and them just to add insult to injury her landlord is a pr@#$.
So you get the pic she has it tough .

Leila is just the sweetest and bravest little soul .

Cyma and Leila pulled at my heart stings and assured a real snotfest !

I love how he fights and protects his 2 girls .

These 2 have their bumps along the road but the road to a HEA isn'tnecessarily paved with roses is it?!


Autumn works as an inventory manager for a major lingerie company by day and writes books at night. She loves laughing with her friends, and reading. Often found with her signature Jack and Coke in hand while doing the things she enjoys most.