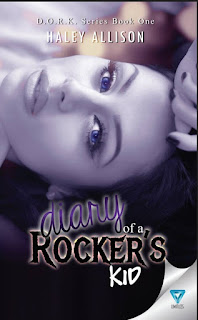 Madison Daley’s father has concealed the truth from her for seventeen years…
Raised on a Kentucky farm, Madison is stunned when a conversational slip reveals her father Michael is a famous ’90s rock star known as the Grim Weeper. Michael left the spotlight and his mansion behind when Madison was dropped off on his doorstep by a woman in a black mask. A dark past is revealed, and the only thing Madison isn’t allowed to know is her mother’s name.
The answers Madison needs can only be found in Beverly Hills…
Though she does hope to persuade her dad to return to the stage, Madison’s real mission is to discover the identity of her mother.
But she is slightly distracted—literally—by the boy next door. Giovanni Abate’s father is an action film star, his stepdad is a major designer, and Gio has his own claim to fame.
Madison catches the handsome, young Italian actor’s eye, and their mutual attraction makes for a hotter summer than she ever could have imagined.
Madison hasn’t set foot in California since infancy, but a lot of people are certain she has…
After Madison has a makeover, people are sure they’ve seen her somewhere before, and she is extremely curious about the identity of her supposed doppelganger. As she looks into this strange situation, she’s unaware that Gio is hiding a potentially devastating secret.
Could finding the answers she seeks change Madison’s life forever?Or will it just lead to more questions to fill the…Diary of a Rocker’s Kid 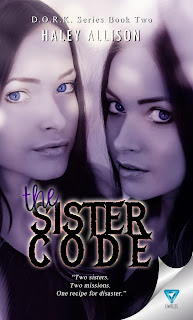 It doesn’t take Madison Daley long to figure out Beverly Hills isn’t all it’s cracked up to be…
Madison is still in a state of shock. Not only is her favorite actress, the famous Jessica Redinger, her mother, but she also has an identical twin, Raven Redinger. Raven is everything Madison wishes she could be—popular, famous, and cool under pressure—so she agrees to use their twin status as a ploy to increase their celebrity appeal.
The deal also includes Madison keeping her hands off Raven’s ex, the charming Giovanni Abate. But after an unfortunate incident during a family trip to London, Madison realizes just how unreliable family can be.
Giovanni is certain he knows which twin he wants…
Madison returns to L.A., humiliated and shunned by her mother’s side of the family, and determined to focus on building her band. Her attention is diverted, however, when Gio is quick to admit he’s still got Madison fever. She knows he’s off-limits, but when you combine his undeniable Italian good looks with a heartfelt confession, Madison can’t help but fall right back into his arms.
As their birthday approaches, the twins’ relationship hits a breaking point…
Madison’s mother has been holding back a secret, and it turns the entire family’s world upside down. Raven has her own plans for Madison, though, and she isn’t about to let her back out on their deal now.
Will Madison ever be accepted as one of the famous Redingers? Or is there a high price to pay for breaking…The Sister Code 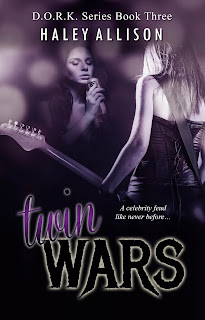 Madison Daley has grown to hate the drama that Beverly Hills and family come with… After Madison's long-lost twin sister, Raven Redinger, staged a double heartbreak video for the sake of publicity, she lost Madison's trust and instigated an all-out feud... or is it a war? Each sister is willing to do anything to finish the other for good. Raven wants to crush Madison and take everything away from her, while Madison wants to stop Raven’s reign of terror, even if she has to stoop to her level to do it.
Raven isn’t done making Madison’s life a living hell… Now Madison is caught in a whirlwind of secrets, revenge, and heartache. The only bright spot in her life is Logan Caldwell, the guy she loves, but Raven has managed to manipulate everyone in Madison’s life. Can she manage to take Logan away from her too?

Turns out keeping a diary was Madison's biggest mistake, but she's not the type of girl to back down without a fight. This rivalry is far from over, and while Raven may have won a few battles, Madison is determined to win the war. 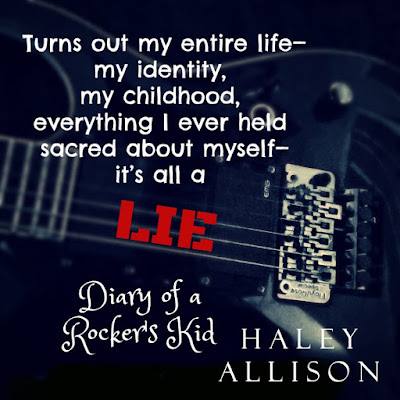 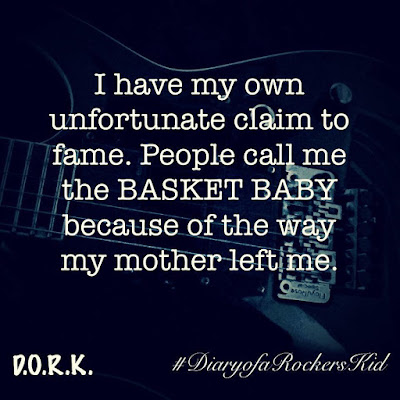 The three of us take a long ride out to a giant oak tree, which we love to sit under in the spring. We all tie our horses to it, and Dad lays out a blanket for us to sit on. After chatting for a while about the farm, Dad and Cass get into the business end of it, and I completely tune them out. I couldn’t care less about what it costs to run a farm. All I care about is riding the horses.
My other senses come alive as I’m lying down on the blanket waiting for them to move on to another subject. The grass is starting to green up, and the smell of fresh new life—and manure— wafts up all around us. Birds chirp above us in the tree, and I smile at the sight of a couple of tree swallows nesting. I’d love to climb this tree and spy on them, but Dad always says it’s rude to climb the tree while I’m supposed to be hanging out with someone on the ground. It’s a shame…those limbs up there are really tempting.
My ears start operating again when Cass says, “Well, if you ever run out of money, you know you’ve got hundreds of valuables at the mansion you could sell.”
Uh…what?
“You’ve got valuables in a mansion?” I ask, and then I notice both of their faces have turned ashen.
“Oh…my…God…” Cass clamps her hand over her mouth. Her eyeballs are bulging out of their sockets. Clearly, she just said something she wasn’t supposed to say. “Mike, I am so sorry—”
"Seventeen years and you choose now to slip up,” Dad growls, glaring daggers at her. His nostrils start to flare like Maggie’s when she’s just run an obstacle course, which only happens when he’s mad as hell.
“What’s going on?” I ask, utterly confused. They’ve been hiding the fact that Dad has valuables in a mansion for seventeen years?
“I’ve got some things in storage in California…it’s really not a big deal,” Dad says.
“How did you get them in the first place?” I ask, realizing there’s a big chunk of Dad’s past I know absolutely nothing about. I’ve always wondered how he met Cass, and now I’m finding out he has hundreds of valuables sitting in a mansion in California. Something tells me there’s a connection here. “Are you rich or something?”
“I am so sorry,” Cass whispers to Dad again, and with one look between them, she knows it’s time to leave us alone. She stands and unties Jackie, mounts her in two expert movements, and urges her to a gallop in the direction of the stables.
My voice rises two octaves in my excitement. “You are rich, aren’t you?”
Dad lets a long exhale seep into his palms, clenching his eyes shut and shaking his head. “I don’t know how I’m gonna keep this from you now.” He takes a good, long look at me, and then he stands up, helps me up from the blanket, and nods in the direction of our horses. “Come on, baby girl, I…I need to show you somethin’.” 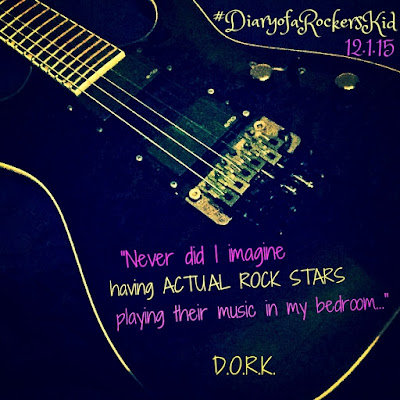 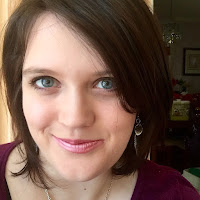 Haley Allison is a South Carolina native. She discovered a love of writing at age fourteen and hasn't been able to turn off the motor fingers since then. Today she lives in a quiet country home with her husband, son, and Boston Terrier. She is a Communication major at Southern New Hampshire University and hopes to graduate with a B.A. degree sometime in the next couple of years. Her hobbies include composing piano music, nature photography, and blogging about books and authors.
Feel free to contact her at hallisonauthor@gmail.com. Haley loves interacting with readers and other authors. 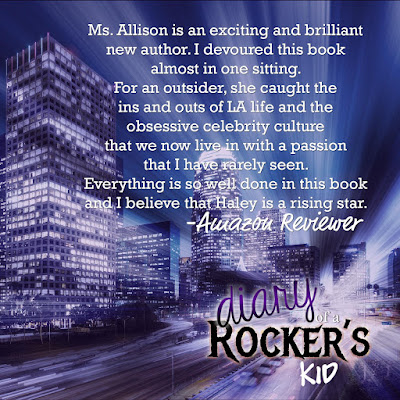 Bringing indies into the spotlight