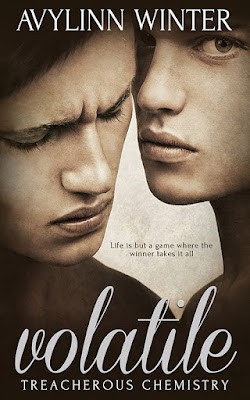 The Violinist (Now called Volatile), won a Watty award in 2015 in the LGBT+ category. The Wattys is the world’s largest online writing contest hosted once a year by Wattpad.

Like a depressed moth drawn to a wild flame, Chris hoped that flame would brighten his life, not burn him alive.

Chris Sinclair fades into a grey world after losing his mother to cancer. When forced to attend a concert as a last attempt to coax him out of his shell, he discovers that life might not be as bleak as he first thought.

Dante Heron holds the audience between the tips of his fingers and the delicate bow, playing the violin as if every heart is his to command. However, something darker brews behind the façade, and Chris is determined to solve the enigma.

When Chris is offered the job of traveling around Europe with the famous violinist, he surprises himself by accepting. With no idea what awaits him, he's thrown into a world where emotions rule and rules are bent.

They're a perfectly dysfunctional match, but then there's always calm at the heart of the storm.

Raised in one of the cold corners of the world, Avylinn spends her days either wrapped up in a blanket or basking in the precious sunlight. When she can’t choose herself, she’s holed up in an office working with climate research that has little to do with the worlds and characters she creates in her vivid dreams.

Always the emotional one, she has found her outlet in writing, voicing thoughts, emotions and fears through her characters that feel very much alive to her. And, what began as a hobby soon took more and more time in her life until she realized that she had left her old life behind and entered a new one where her emotions turned into a super power—ready to launch at her poor readers.

She recharges with the help of coffee, cinnamon buns, popcorn and occasionally a healthier alternative. 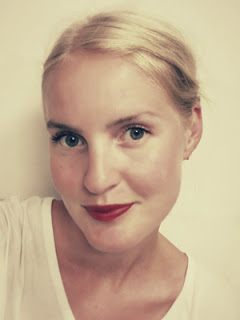