DIRTY WORK by Chelle Bliss & Brenda Rothert is now live!
A brand new romantic standalone you won't want to miss!
Politics have never been so dirty...

From authors Chelle Bliss and Brenda Rothert comes a smoldering standalone enemies to lovers romance that will, ahem…check all your boxes.

Reagan
I hate him. Jude Titan is everything that’s wrong with the male sex: cocky, domineering and loaded with swagger. Oh, and did I mention he’s a Republican? Yeah, the guy’s so conservative he leans to the right when walking. And lucky me, I’m running against him for Senate. But I’ve got plenty of fight in me. A golden boy war hero opponent with a smile that leaves melted panties in its wake? Bring. It. On.
Jude
Damn, she’s sexy. Reagan Preston intrigues me from the moment I lay eyes on her. And speaking of laying…I want between those thighs. But I want to make her burn for me first. Every debate and stolen moment is foreplay for us. She claims she hates me, but her body tells a different story. I plan to win this election, but I also want to win the sharp, fiery Democrat who captures my attention like no woman ever has. Politics is filthy, just like all the things I want to do to Reagan Preston.

Brenda Rothert is an Illinois native who was a print journalist for nine years. She made the jump from fact to fiction in 2013 and never looked back. From new adult to steamy contemporary romance, Brenda creates fresh characters in every story she tells. She’s a lover of Diet Coke, chocolate, lazy weekends and happily ever afters.

Chelle Bliss, USA Today Bestselling author, currently lives in a small town near the Gulf of Mexico. She's a full-time writer, time-waster extraordinaire, social media addict, and coffee fiend. She's written over thirteen books and has three series available. She loves spending her free time with her boyfriend, 2 cats, and her hamster.
Before becoming a writer, Chelle taught high school history for over ten years. She holds a master's degree in Instructional Technology and a bachelor's in history. Although history is her first love, writing has become her dream job and she can't imagine doing anything else. 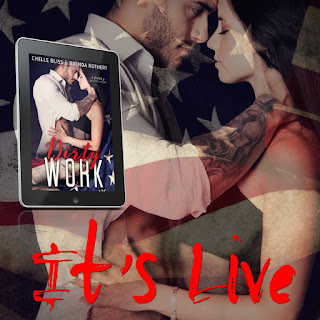 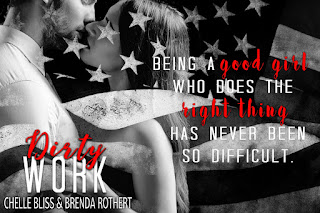