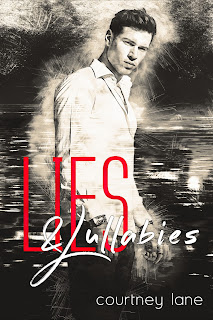 LIES & LULLABIES by Courtney Lane
Genre: Dark Romance | Thriller
— SYNOPSIS —
On the weekends, she’s Sugar, a woman free of the pretty prison constructed by her domineering father, who combs the dangerous streets in search of something she never quite finds. During the week, she’s Simone, the good girl and the illegitimate daughter of the most powerful and hated man in Los Angeles.
Catch—aptly named for his “career” choice—is a man shrouded in mystery with one dangerous purpose. After a whirlwind encounter, Catch draws Simone into his dark and tangled web.

A dangerous game ensues, lives are lost, truths are exposed, and one man may shatter the foundation of a powerful organization on the brink of extinction.


The game of truth or dare won't end until Catch and Simone strip each other of their façades and uncover the reality of who they were, and who they are fated to become. 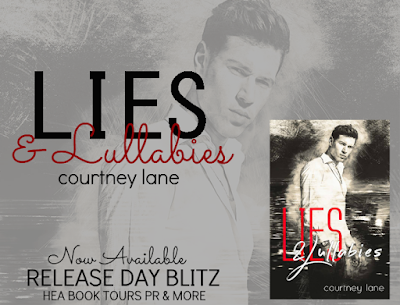 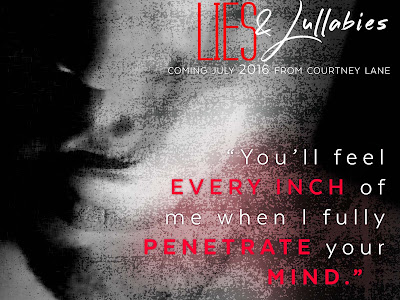 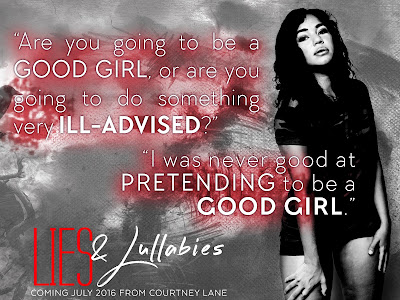 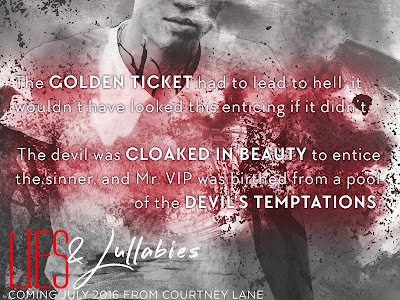 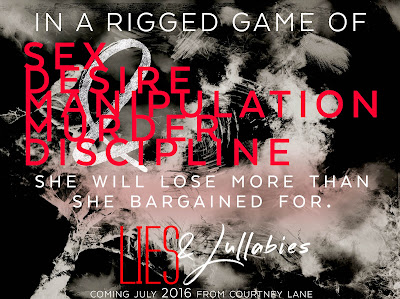 — ABOUT THE AUTHOR —
COURTNEY LANE has been creating her own little world since she was very young. When she was eight years old, she began to bring her worlds to life with a pen and paper.

While many of her works touch several different genres, she has an archetype when it comes to the female protagonists in her stories — they have to have certain brand of strength, be deeply flawed, and harbor layered personalities. In her books you will find themes that reflect the darker side of life with a tremendous amount of depth and complexity. She also has an affinity for characters that aren't necessarily the girl or boy next door, or the people you'd encounter in everyday life. In other words, she prefers to explore characters who aren't easy to fall in love with.

Currently, Courtney can be found either working on her next book, playing the latest role-playing game on her X-Box (preferably a game by Bioware), or spending time with her family.

Lies & Lullabies by Courtney Lane
My rating: 5 of 5 stars

I've read several Courtney Lane books and I'm never disappointed. Lies & Lullabies is dark and twisted but not as much as her previous books, I could always see the silver lining the surrounded the characters. I'm not really sure I like Sugar all that much, I do but I don't, it's hard to put how I feel about her. I connected well with her but it seemed she was just always behind and in the beginning I saw her as a strong lead, honestly it's just mixed emotions I have with her. Catch is the mystery, it seemed every time I thought I knew him something would happen and another layer of him is revealed. The story and world Courtney creates is unique, like all her books, and will mess with your mind and leave you wondering what just happened.