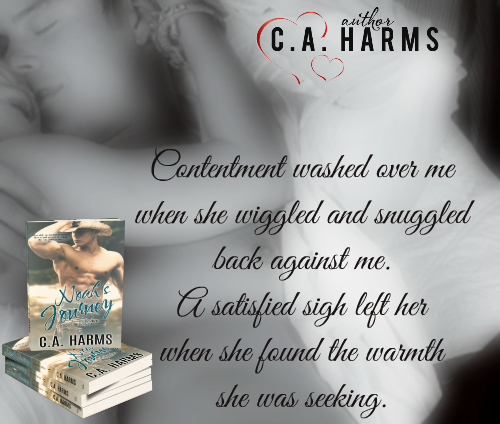 Prologue
Noah
A Little Over Four Years Ago
“I just can’t do this anymore, Noah. This is not the life I want or where I want to be forever. I thought you wanted more too. More than this quiet town with no real hope of being somebody.” Stacey sat on the end of my bed, the sheet still wrapped around her naked body.
Of all the times to have this type of conversation, I never thought it would be now. She chose first thing in the morning when I was already late for work.
“So what are you saying?” I asked as I stood in the doorway, fisting my shirt in my hands. I was trying not to blow up, trying to remain the rational one in this relationship.
“I don’t want to be here, in Livingston, for the rest of my life. I want to go somewhere with greater opportunities. I feel like if I stay here, I’m giving up my dreams. I feel like I’m drowning.”
She stood from the bed and let the sheet fall to the floor. Stacey was a gorgeous woman—tall, fit, and almost angelic. She was also very selfish and spoiled. Everyone called her by first name until she finally forced her parents to change it to her middle name instead. “Jessie” was entirely too hick for her taste.
“Noah, you had to see this coming,” she said. And the lack of compassion in her voice only made my anger grow.
“I had to see this coming? Are you fucking serious right now?” I took a step toward her, and she quickly slipped her shirt on over her head. “I asked you to marry me, and now you’re fucking telling me you’re leaving?” I lifted my hand and gripped my hair, pulling at the ends. “So what the hell was last night? And again this morning? One last roll in the sack before you walk out on me?”
“Come with me,” she said with a hopeful expression.
“I can’t just pick up and walk away. I just got on track with where I want to be at the station. I have the ranch and my responsibilities to my family. Plus, this is my home. I don’t want to leave.”
“Then you’re choosing this place and all of them over us.” She actually had the nerve to look hurt and offended.
I stood in the center of the room, watching as she began grabbing items and tossing them in her bag. “I have to get out of here. I gave you the option to come with me, and you declined. So that is on you.”
Heat rose in my neck, and a swooshing sound filled my ears as I fought against my anger. “It’s on me, what the fuck? You’re truly something else, you know that? You throw this shit at me five minutes before my shift starts at the station and have the nerve to blame the end of us on me. You fucking did this.”
She ignored me as she finished dressing and gathered some more of her things. I stepped up behind her and grabbed the bag from her hands, making her stop what the hell she was doing and look at me.
Stacey spun around and gasped as I leaned in, bringing my face only inches from hers. “This is all on you. You’ve been planning this escape all along. Now you want to blame me.” I stepped back and held my arm out, pointing toward the door of my apartment. “Get out,” I said through gritted teeth. “I’ll send your shit to your parents, because right now I can’t fucking look at you a minute longer.”
Her eyes widened, and she covered her mouth with her hand. I gave a sarcastic chuckle as I shook my head. She had already pushed me past my breaking point, and I was through playing the nice guy. “Cut the tears, Stacey. You wanted this, you got it. Now get out. I’m not holding you back from your perfect life any longer.”
I waited until the door slammed before I caved and sat on the end of the bed. My clothes from last night were still tossed around the room. I had given her years of my life, thinking we had a future.
I guess her being younger and unsettled should have warned me off, but her vibrant attitude was what had attracted me from the start. Now I just felt like a dumbass for not seeing what others saw in her. She was a wild card, but I took a chance.
Never again. 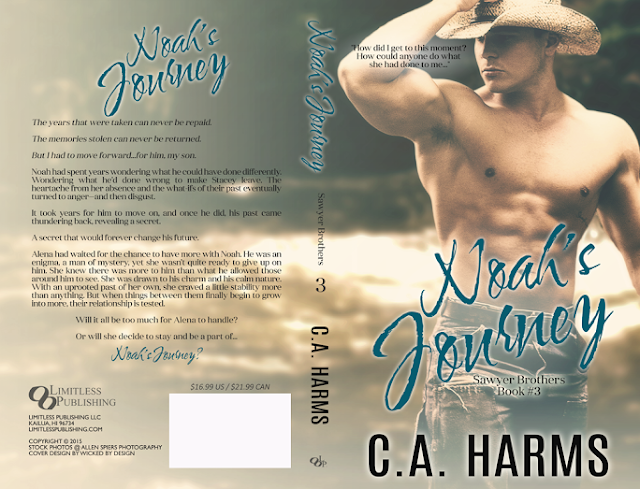 Check out all the tour stops!

I just love the Sawyer brothers! This series is awesome and I think Noah’s Journey has been my favorite so far.

Noah Sawyer had planned to marry his high school sweetheart until she up and left him. Now 4 years later he’s finally attempting a relationship with the gorgeous Alena, until his past comes back to haunt him in the form of his ex-fiance with a big surprise. Noah tries to balance everything but trying to keep everyone happy is taking its toll and though Alena does her best to stay patient having Noah’s ex in their life isn’t easy for her to accept.

I love Alena in this story, she’s so strong and stands up for herself even when Noah is being a bit of an ass. I really enjoyed it and can’t wait to read the next in the series!