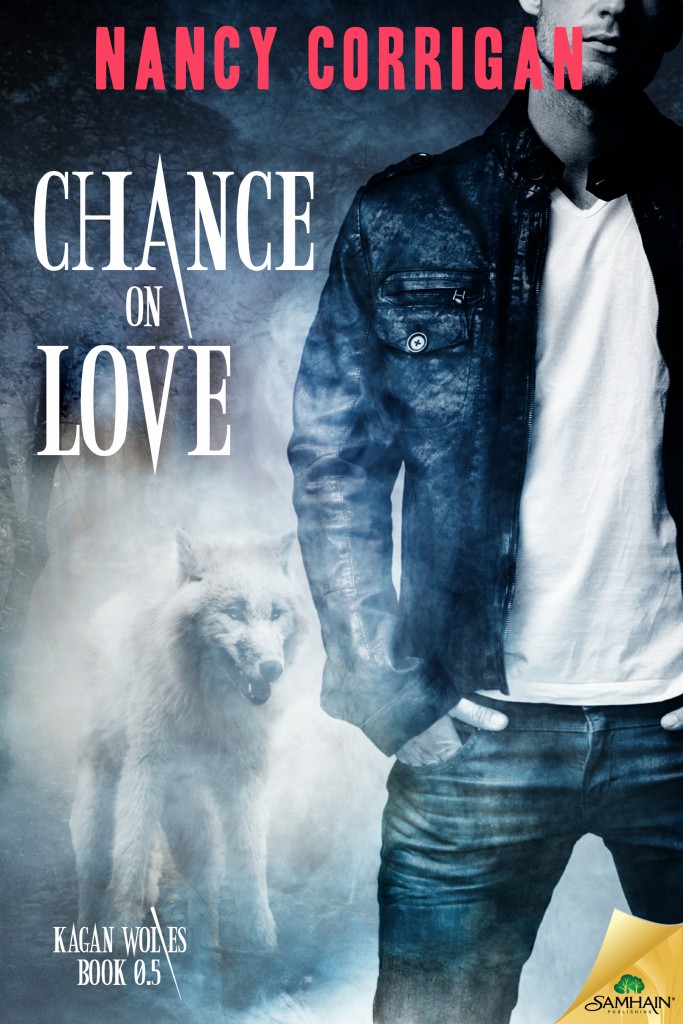 Sometimes the only choice is to take a chance...and enjoy the consequences.
Sean Reynolds is content wielding his dominant personality as the public face of Kagan Industries. Pack leadership—and all the responsibilities that go with it—doesn’t interest him. But when alpha-in-waiting Nic Kagan skips town, there’s no one to take on his aging father’s spirit wolf. No one but Sean.
Sean wants none of it, but with his wolf growling in eagerness to fill that void, he heads for the bar in an attempt to drink the beast into submission.
He’d like to ignore the sultry blonde shifter burning up the dance floor with moves that make him painfully aware of the full moon. But when she abruptly disappears, his wolf sends him in hot pursuit. Following the scent of a female he can see in his bed not for a single night, but for a lifetime...

FREE
Amazon US I Amazon UK I B&N 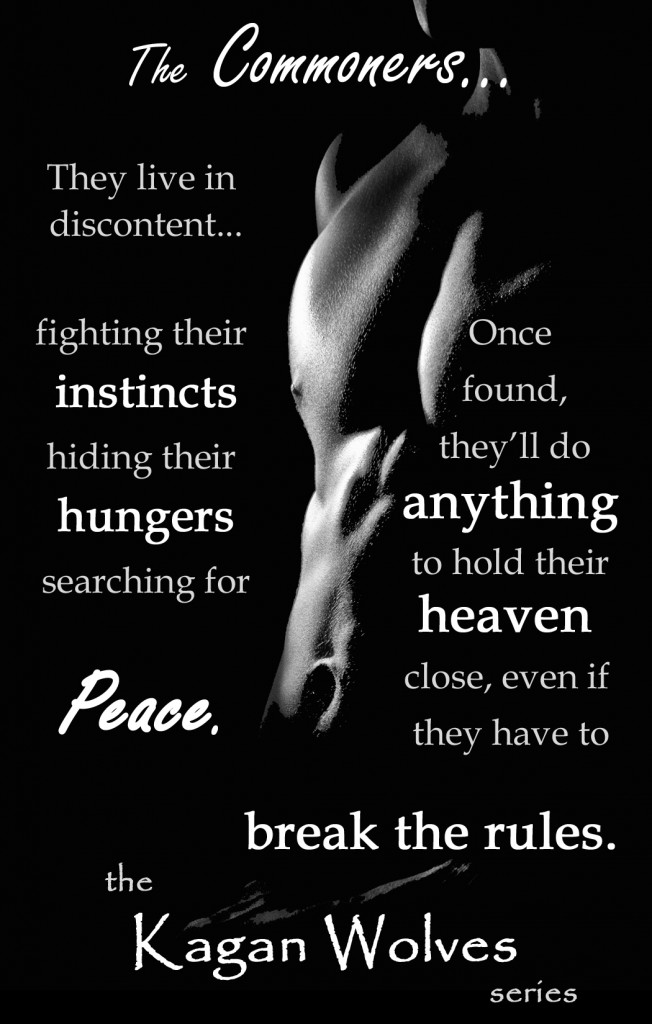 He crouched so as not to appear as threatening and folded his hands loosely in front of him. “Well, now that you made me ruin my clothes and took me for a run through the woods, are you going to tell me what frightened you?” She stiffened but didn’t shift. He motioned in the direction of the bar. “Was it that pathetic human? Or a different one, because I’ll—” She shook her head. “Another shifter, then? Someone from your pack harassing you?” Without the evidence of one, it didn’t seem likely, but he couldn’t imagine what else would’ve sent her running. Again, she shook her head. “Okay, then.” He waited a moment, then blew out a breath. “Look, why don’t you just shift and talk to me? Don’t be afraid. I’m not going to hurt you.” A long moment passed while she studied him through her icy wolf eyes before she eased her tense posture and shifted. He watched in awe as she changed shapes, a sight he’d seen hundreds of times, yet never had the flip in forms mesmerized him the way hers did. For one brief second, a fuzzy image of a white wolf meshed with that of the woman who housed it. A glowing tether connected them, heart to heart. Her wolf’s shape faded and hers gained dimension. In the next moment, a naked female stood before him. Hand planted on her hip, she raised her chin. “I’m not afraid of you.” He swept his gaze over her. It was impossible not to. Full breasts, shapely hips and lush thighs—she was beautiful. No, gorgeous. Hell, even that didn’t do her justice, but he couldn’t think of a better description. He only knew he’d never laid eyes on a more perfect female, but if he didn’t tear his gaze from the space between her legs, her opinion of him would be less than stellar. He glanced into her face. “I’m glad. I didn’t want to scare you, but I was afraid someone was after you. When you took off, I reacted. I couldn’t let any of the humans see a wolf running through their town.” “You’re right.” Her shoulders slumped. “I’m sorry. I wasn’t thinking.” “Don’t apologize. It’s the full moon. Makes even the most levelheaded more prone to act on instinct.” “That’s what I was trying to avoid by running away from you.” “Me?” He pointed to himself. “What did I do to frighten you? Was it because I shoved that loser against the wall? If so, you should know I didn’t hurt him.” “I believe you.” He pushed to his feet. “Then what did I do?” 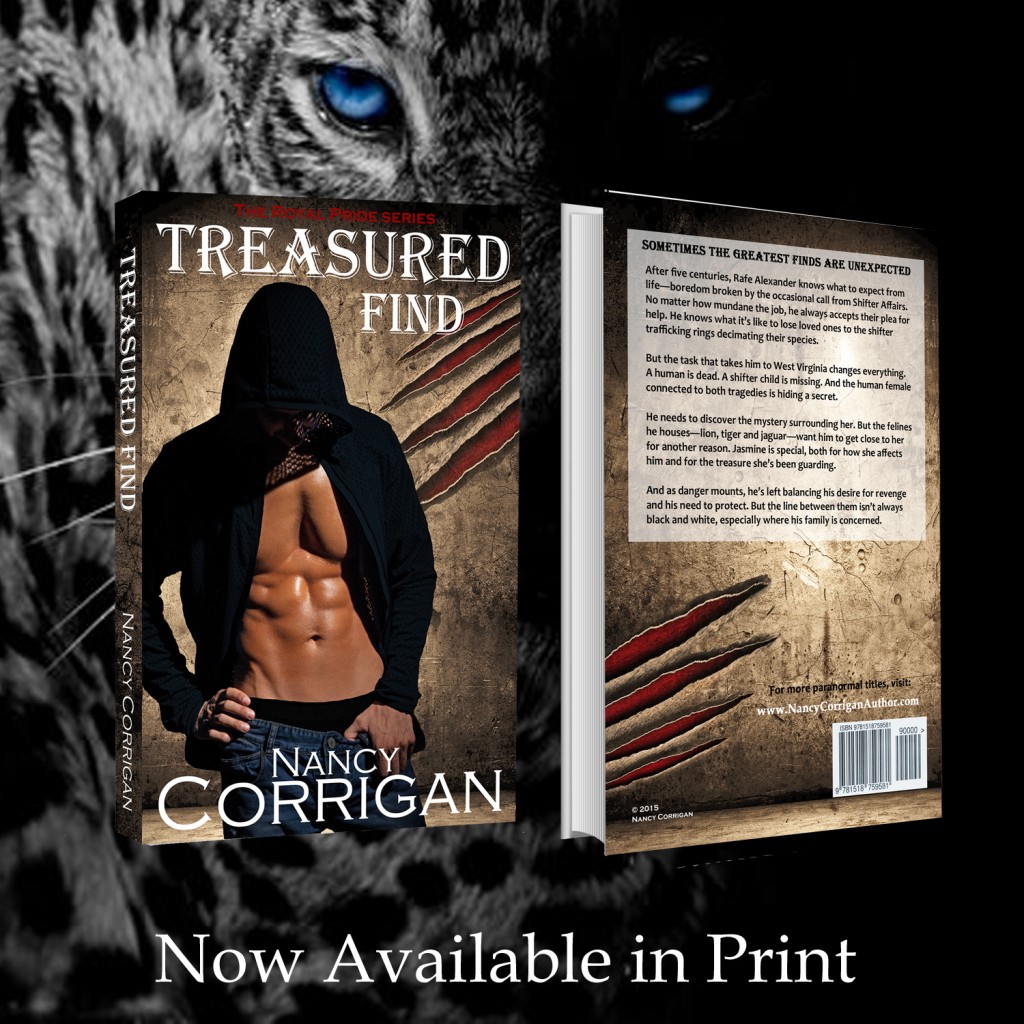 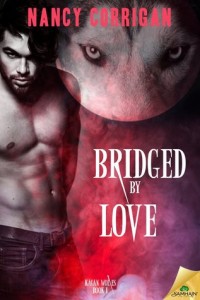 Amazon US I Amazon UK I B&N I iBooks 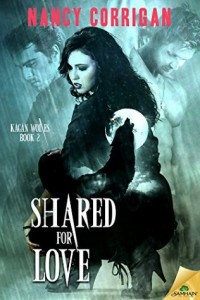 Amazon US I Amazon UK I B&N I iBooks

A true romantic at heart, Nancy Corrigan is convinced there’s a knight in shining armor for every woman (or man), but you won’t find damsels in distress in her stories. She adores pairing alpha heroes with women strong enough to match them and bring them to their knees. She also enjoys flipping the traditional roles in romances because her motto is—love and people should never be forced to conform to anyone’s norm.
She holds a degree in chemistry and has worked in research but now focuses on ensuring quality. She considers it the perfect outlet for her as she’s the first to admit she has some OCD tendencies. It carries over into her writing life too. While engrossed in a novel, she has a habit of forgetting to eat and sleep. Fortunately, she’s married to her own knight in shining armor who understands her oddities and loves her anyway. They reside in Pennsylvania with their three children, dog, snake and guinea pigs. Her other interests include tattoos, animals, classic cars and all things spooky and sexy.