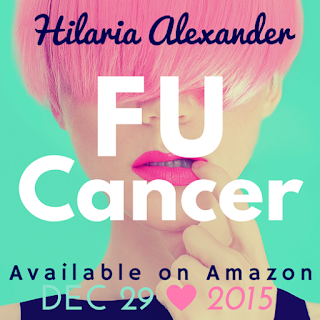 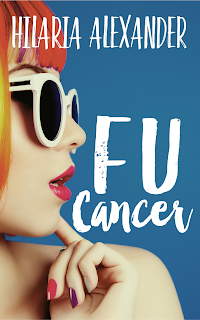 Lucy has always been a good girl. The most hardcore thing she's done in her life was falling for a divorced man ten years her senior.

But he was the love of her life and she married him. When her Peter Pan of a husband decided to divorce her, she thought it was her chance to start anew. That was until she was diagnosed with breast cancer. Besides looking like Britney circa 2007, she is taking it well, real well. You might see her walk around the hospital during chemo sessions with bright colored wigs and outrageous t-shirts that seem to shock the most conservative employees. One of them reads F U CANCER.

I should have suspected something. Instead, when the doorbell rang, I opened the door without the slightest idea of what was waiting for me.

Beverly showed up on my doorstep along with the man I had tried to keep away all week.

Brandon smiled, but looked sheepish, which made me worry. He was holding a bouquet of roses, and handed it to me without saying a word. I took it and thanked him, and when I locked eyes with his, I felt a million different feelings unleash inside of me.

He was giving me that hooded, cautious look. His eyes looked a deeper blue than usual. My eyes fell on his mouth and I realized how much I had missed his touch.

I wanted to jump into his arms, but there was still doubt in my heart and it was weighing the happy-go-lucky part of me down.

“Okay, so…as you might have guessed by now, you and I aren’t going anywhere,” Beverly spoke. “But you and Brandon are going on a little adventure–”

“What?” I turned to her snapping out of my Brandon-induced daydream.

“Yes! And you have to leave, like…right now. So, chop-chop!”

I looked at Brandon quizzically. “What do you have to say? Cat got your tongue?” I joked.

“I want you to come with me. I don’t want to have to persuade you. I’m also afraid I’m going to spill the beans and ruin the whole thing,” he said.

“You seem pretty good at keeping things to yourself,” I sneered.

“Alright! Easy, woman! Come on, time to go!” She came behind me and started pushing me towards Brandon’s car.

“Okay, okay!” I took my purse, locked the house and unwillingly walked to the car, all with the flowers in my arms. “Crap! I forgot about the flowers. I turned to Beverly. “You have the keys to my house, right? Would you mind putting them in a vase?”

“But first, there’s something else I have to do.” She exchanged a look with Brandon and I stared confused at the two of them.

She got a strip of black fabric out of her purse. What the hell was that?

“Turn around,” she commanded.

“Turn around. I have to put this blindfold on you.”

“Seriously?” I gasped. How could these two people be those I used to think I trusted? “Am I not coming willingly?” I asked Brandon.

“This is her idea,” he replied, tilting his head in Beverly’s direction.

Of course. I should have known. Miss lover of kinky steamy romance novels.

“Well, it’s not necessary,” I argued.

“It totally is,” Beverly rebuffed. “It’s going to ruin the whole surprise. Wear the motherfucking blindfold or so help me God, Lucy.”

“Okay, okay.” Jeez. Who knew she could be such a Bossypants? “You’re making me reconsider our friendship, you know,” I told her.

“Lies,” she said, tying the knot behind my head. “All done!” she exclaimed and then pinched my butt.

“Awww, stop it, you sissy. Give me these.” She took the flowers from my arms. Brandon took my hand and just the feeling of his warm fingers around mine, made my heart jump a little. I exhaled.

“I promise you, this is going to be good,” he whispered in my ear. God, his voice sounded even sexier than I remembered.

He helped me in the car and put the seatbelt around me. His lips brushed against mine just for a second, and I gasped.

“I have to admit, I do like this blindfold,” he teased.

“I almost forgot,” Beverly said. She took my hand and placed some lightweight object in my hand. It was shaped like a square and it was made of paper.

“A CD mix. A little ‘sorry for blindfolding you, friend, have a great time on your mystery road trip’ playlist.”

“Oops, I said too much. Anyway, I’m sure you’re going to hate me a little less after you listen to it.”

“Have a fabulous night and don’t forget to tell your best friend she’s the best when you end up having a great time.”

“We’ll see about that,” I joked and smiled, but I wondered if she knew I was joking. I couldn’t see her and wasn’t sure if she was smiling.

She closed the door, and a moment later I heard Brandon’s door open and he sat in the passenger seat. He closed his door and started the car.

“Where are we going?” I asked him.

“Well, at the moment, I can’t see anything.” He laughed. It was a warm, rich sound that eased up the nervousness and made me smile.

“I missed your smile,” he said. “I can’t believe you had the strength to stay away from me a whole week.”

“Eight days,” I corrected him.

“Were you going to keep giving me the cold shoulder if I hadn’t showed up at your door?”

“I don’t know.” I heard him exhale a deep breath and wondered if that hurt his feelings. It was easier to be indifferent to him when he wasn’t around. Now, in the small space of the car, my head swam in his scent, his words made my heartbeat speed up, and a warm and fuzzy feeling spread into my chest. The knots in my stomach dissolved and the words almost come rushing out of my mouth. 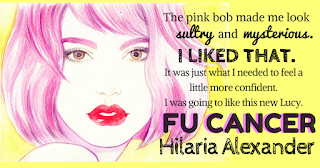 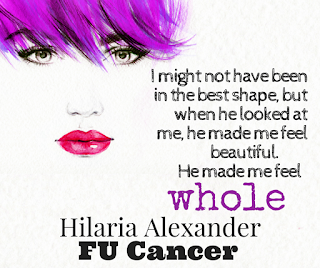 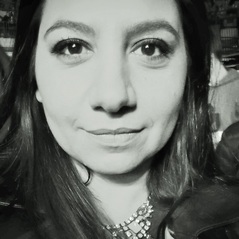 Hilaria Alexander was born and raised in the south of Italy, where her family still lives. She attended college at the Istituto Universitario Orientale in Naples, Italy, and lived one year in Tokyo, Japan, as part of an exchange student program. She now lives in Oklahoma City with her husband and kids. When she isn't at work, she is reading, catching up on her favorite TV shows and coming up with new stories. She loves traveling and is a self-proclaimed concert addict.

FU Cancer is her third romance novel. She published her first novel, Prude, in January 2015, and a second one, This Love, in August 2015.