Lucy might’ve beaten Alex the Chameleon, but the cost of his defeat was too much to bear. After losing a beloved member, Sheffield Donovan temporarily disbands the show. Abandoned by the ringmaster and her friends, Lucy is left to pick up the pieces of their ruined circus – and defend it against those waiting for the opportunity to strike.
During one of these attempts, Lucy learns of Augustus Rivers, the leader of his so­called gifted mafia. When Lucy is offered a chance to infiltrate the Rivers’ household, she jumps at the opportunity to seek vengeance on the mastermind. Augustus instead surprises everyone by proposing that the powerful female Firestarter work for him. It’s everything the Donovan Circus isn’t, an offer Lucy finds more enticing than she ever expected.
With the Donovan Circus in shambles and the gifted world on the cusp of war, can Lucy Sullivan figure out who she’s meant to be? Or will her fire destroy everything they’ve built?

BUY IT ON AMAZON: http://amzn.to/1L0glNs 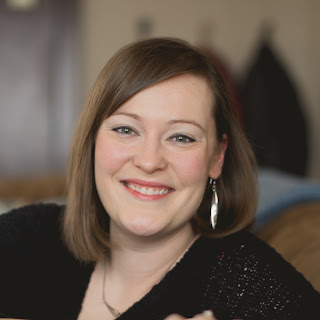 Liz Long is a ridiculously proud graduate of Longwood University with a BA in English. Her inspiration comes from action and thriller genres and she spends entirely too much time watching superhero movies. Her fabulous day job as a social media editor includes writing for a publishing company in Roanoke, VA.

Her first book, Gifted, is the first book in the Donovan Circus series, where superpowers meets the circus. Burned is the second adventure. Her standalone book Witch Hearts, is a story about a serial killer hunting witches for their powers. Her newest book A Reaper Made is an NA Paranormal tale of a Reaper using magic to save her family from demons. All titles are available at Amazon on Kindle and paperback, Barnes & Noble for Nook, and iBooks.

Ignited: A Donovan Circus Novel by Liz Long
My rating: 5 of 5 stars

Let me start by saying I have not read any of the series besides Ignited. I know! I was a little lost in the beginning (my fault!) however I was able to catch up.
This book is packed full of action and emotion right from the beginning. The characters have a strong bond with one another even after all the loss and heartbreak.
Lucy is a unique, likable and determined to keep her friends safe. Luckily she doesn't have to do it all on her own because were she wants to protect them, they also want to do the same for her.

Even with not reading the previous two books, I fell in love with this unique, fun and amazing book. I plan on reading the others ASAP so I can be all caught up before book 4.

I received this book for an honest review.
Review by Raychel

View all my reviews
Blitz Reviews