Blog Tour for The Trouble with Marrying a Movie Star (Red Carpet #2) by Z.N. Willett

Her most desired fantasies were finally being fulfilled, but at what cost?

Yet, when it’s revealed that he is her muse, will it cause them to grow closer, or shatter the dream into a figment of her imagination?

Will her reality survive the fantasy she has created? 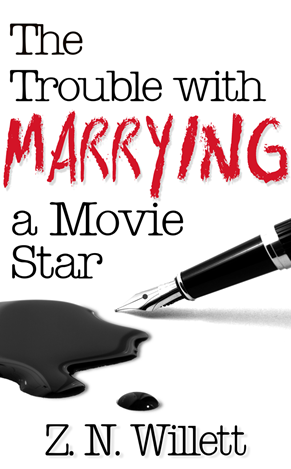 Flashes of bright lights so blinding, that when you close your eyes, all you see is bursts of light under your lids. Your ears begin to ring, as they try to decipher the loud voices that are screaming and yelling at you, until everything becomes a mumbled blur.
*****

Even though I could feel Andrew's hand as he pulled me through the crowd of paparazzi, at moments, I felt enclosed and alone. I felt somewhat alarmed by the frenzy of reporters that we had to walk past as we hurried to the ticket counter. I struggled to look up as camera flashes continued to assault my senses. This is what it feels like to have your picture taken without your consent—not knowing where it was going, or what they would do with it. Usually, it is a family member or friend on the other side of the lens. They capture a place, or time in your life that means something. You can always veto a lousy photo if you want, or laugh at the ones that have been taken. But this felt…wrong.

As we approached the counter, there was a woman in a red jacket that instantly greeted us. "I called security, Mr. Hughes." Andrew nodded, and greeted her with a handshake.

"Thank you. My Security Director wanted to leave someone with us, but I insisted that we would be fine."

Andrew looked at me apologetically. "My girlfriend has caused quite a stir," Andrew said, squeezing my hand tightly as he tried to make light of the situation.

She nodded in understanding. "Let’s get you two checked in, and I will escort you to the plane." She signaled to someone behind us. "It looks as if security has arrived."

I turned and saw four large men in uniform. One stood directly behind us while the other three directed the paparazzi to stay back.

Andrew asked for my passport and the agent checked us in. You could hear the shutters of the cameras capturing this mundane act. I turned my head, getting a better look at the men. When we had first stepped out of the taxi, I had shielded my eyes from the blinding lights as Andrew stressed to keep my head down. "Don't look at them, say nothing!" he shouted as he guided me along.

My anxiety grew at that thought, and suddenly, I felt light-headed. "Andrew…"

He turned his head, seeing my distress, and came to me immediately. "Andria, what is it?"

His eyes showed so much concern. Sadly, I wanted this…well, not this per se, but I had pushed for Andrew and me to be a real couple. Yet, I started to wonder if I might have bitten off more than I could chew. 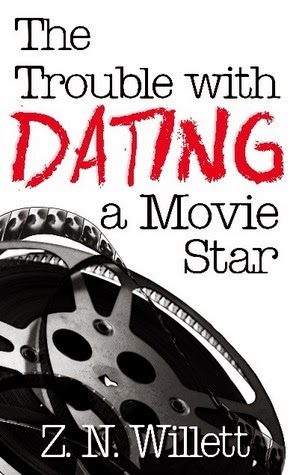 Z.N. Willett is the girl who has seen more than she has ever wanted; yet decided to add to that world by writing Hollywood romances. A northern girl, but a southerner at heart, loving anything and everything about love and romance. So much that once upon a time she had a career as a wedding and events coordinator. When Z.N. decided to do something she was passionate about, she added her love for travel to the mix. An avid shoeaholic, deep down she's a sappy romantic who happens to believe that love can truly conquer all.