A Restored Man (The Men of Halfway House#3) by: Jaime Reese

Cole Renzo thinks his greatest challenge is to behave for the remainder of his term at Halfway House. Until he meets his new boss, Ty Calloway, a man who ticks off every box on Cole's list of interests.

A sought-after restorer and customizer of exotic and collectible cars, Ty had enough confidence to command what he wanted in life, until one fateful night changed everything. Almost two years later, he’s slowly rebuilding his life with great control. He's defied the odds and works tirelessly to be the man he once was—but he still feels broken.

Cole’s candor and unfiltered personality awaken Ty’s barely-remembered desire to greet each new day with a smile, while Ty’s unwavering acceptance of Cole’s quirks and brash humor makes Cole feel as if he fits in for the first time in far too long. When a nemesis threatens Ty’s personal restoration and the things he holds dear, Cole is determined to protect their relationship, even if that means sacrificing everything he’s worked so hard to achieve.

But Ty will have to let his guard down, surrender control, and admit he needs Cole first, even if that puts himself at risk of breaking beyond repair.

"I thought those were the service bays," Cole said, thumbing over his shoulder.
"They're for the traditional shop work my techs do on a daily basis. These are my service calls. Side project I'm doing and there's no money in it for the guys so I don't really want to burden them. I figured we could work on them and, in between, we could tinker with the Yenko if you want or wrap up the last few details on the Drayton rig. I worked on most of it over the weekend but there are still a few things to finish up."
Cole stopped walking. "You'd let me work on the Yenko with you?"
Ty nodded. "Sure, why not. I've seen how picky you are with your work."
"So it's my reward for helping you with your service calls?"
Ty chuckled. "Do you do tricks too?"
Cole raised an eyebrow and half smiled. "Oh, I've got a lot of tricks I can show you." He smiled at the rush of color to Ty's cheeks, loving the way Ty always reacted to his teasing.
"You do realize you're an HR nightmare," Ty said, looking at Cole with that glimmer in his eye.
Cole's pulse raced. "HR?"
"Human Resources. Sexual harassment, all that," Ty said, trying to look serious and indifferent, but failing miserably.
Cole belly-laughed so loud it echoed in the shop. He then stilled, straightened his shoulders, and mocked a serious tone. "I could, of course, be completely professional and proper with you, Mr. Calloway, if that is your preference," he said, mimicking Matt's formal tone.
Ty turned to face him, the mock seriousness transitioning into something more genuine. "And I, of course," he said, reciprocating Cole's tone, "would be deeply disappointed."
He looked up into those brown eyes and smiled. "My army of superheroes and I would be as well." He bit back a smile and bowed.
Ty's low rumble-laugh shot straight to Cole's dick.
Cole straightened. "Admit it, you like me."
Ty raised his hand and put his thumb and index fingertips together with only a sliver of a gap between them. "Maybe a little bit."
Cole looked at Ty's fingers then glanced back at him with a huge grin on his face. "It's a start," he said before walking off to the two cars parked in the bay.

Jaime Reese is the alter ego of an artist who loves the creative process of writing, just not about herself. Fiction is far more interesting. She has a weakness for broken, misunderstood heroes and feels everyone deserves a chance at love and life. An avid fan of a happy ending, she believes those endings acquired with a little difficulty are more cherished.

This is the third installment of the series Halfway House. It can be read as a stand alone book, but I recommend reading the entire series in order to get the most from this book.

Cole is a dynamic character that draws you in from the very beginning of the story. He actually starts drawing you in from the moment you meet him in the second book of this series, A Hunted Man. You just know he's going to be handful! He is finishing his two year sentence at Halfway House and has a goal. If he can complete his stay at the group home stay out of trouble, get a job and keep it, he gets a car that he wants badly as his prize.


You immediately get a sense of how loyal Cole is, how much his family means to him and how he struggles, not only with thinking he disappointed his family and that he thinks he's responsible for the death of his brother. But also how he can hardly contain what goes on in his head from coming out his mouth, which makes for some hilarious and sometimes uncomfortable moments. Cole has a huge heart, and is someone you want to see succeed.
Ty begins quietly and is very broken. He survived a tragedy and isn't happy about that fact. He opens up to Cole, who has started working for him. You can feel Ty begin to live again with Cole's gentle handling. Ty also has secrets that he feels he needs to deal with alone.
When these two men come together, they fill in all the missing pieces for each other in a beautiful way. Cole gives Ty the will to go on. Ty calms Cole's brain and settles his soul. Together they try to learn trust, friendship and overcoming the hardships in their pasts as well as the ones they have yet to face.
This story has unexpected depth, and a great flow. I would recommend this book.
*** I was gifted a copy of this book in exchange for an honest review. 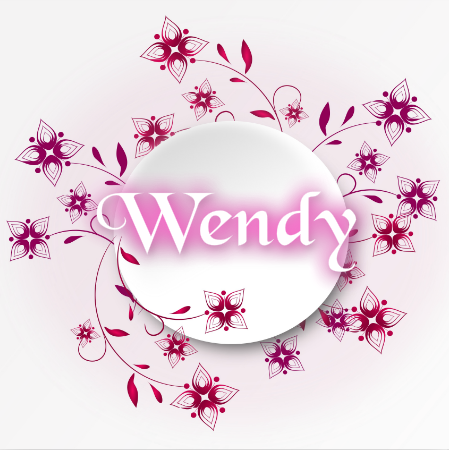